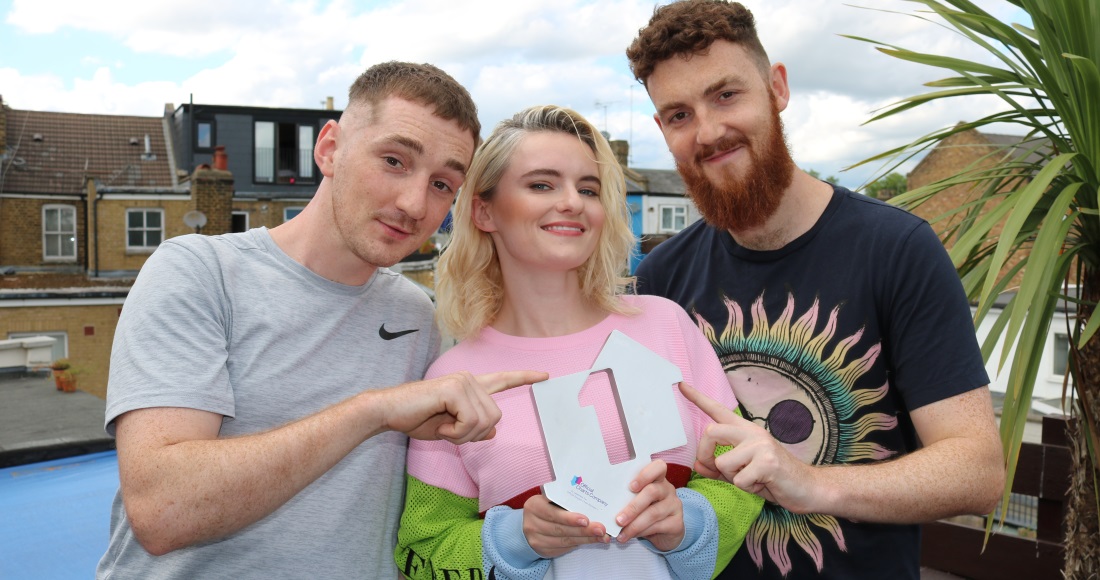 Clean Bandit have secured their fourth Number 1, as Solo, featuring the vocal talents of Demi Lovato, climbs to the top of the Official Singles Chart.

On hearing the news, the band told OfficialCharts.com:

"Thank you so much to all of our fans. We can't believe it! It's amazing for us and we're so happy that you're listening to this song!"

For Demi, it's a very first chart-topper. The closest she's got was Heart Attack, which peaked at 3 in 2013. Say Clean Bandit on working with Demi: " She was lovely. We actually did the recording over Skype, so it was a bit awkward as we'd never met in real life and there was, like, a delay, but then when we met properly to make the music video, it was so fun."

After a spirited challenge, George Ezra's Shotgun settles for second place, Anne-Marie's 2002 remains at 3, while last week's Number 1 from Jess Glynne, I'll Be There, slides to 4.

Tom Walker rises to a new peak of 7 with Leave a Light On; Years & Years have landed a fourth Top 10 with If You're Over Me, rising four slots to 8; Maroon 5's Girls Like You feat. Cardi B shifts five to 11; and 5 Seconds Of Summer leap nine spaces, with Youngblood landing at 13.

Jonas Blue and Jack & Jack's Rise lives up to its title, zooming 14 spaces to 17, while this week's highest new entry comes from Nicki Minaj feat Ariana Grande – Bed is in at 20 – and emo-rap star Juice WRLD rockets 16 places up the chart to land at Number 23 with Lucid Dreams.

Following his death earlier this week, rapper XXXTentacion has three tracks in the Top 40: Sad, Moonlight, and Changes occupy the Number 31, 32, and 33 slots respectively, while Tiesto, Dzeko, Preme and Post Malone's collaboration Jackie Chan vaults 26 places to enter the Top 40 at Number 35.

Following the surprise release of their collaborative album Everything Is Love on Saturday evening, Beyoncé and Jay-Z's first single as The Carters, Apesh**t, just misses the Top 40, going in at 43.