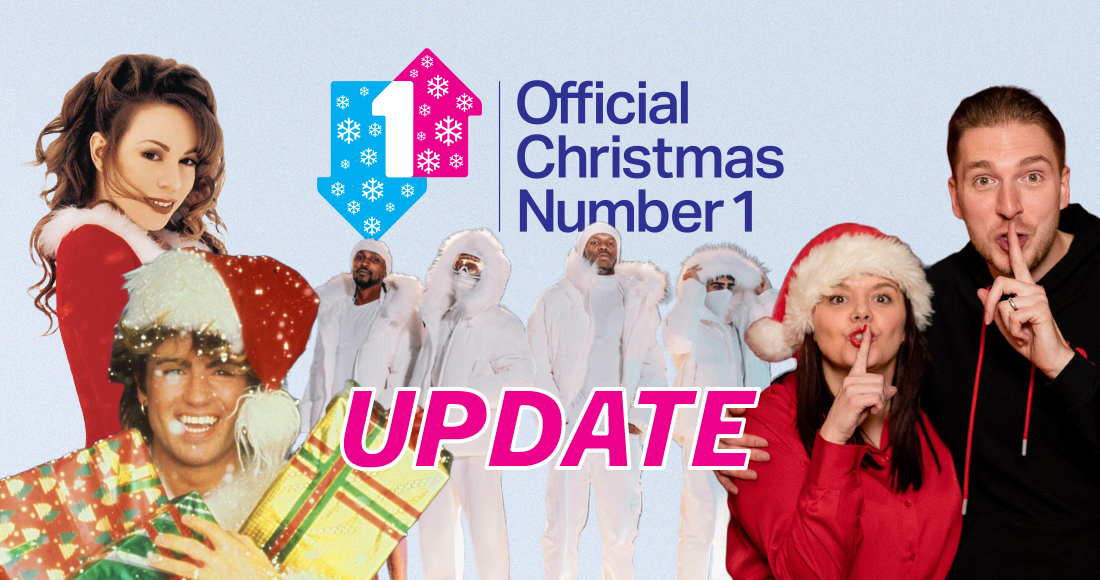 YouTube superstars Sidemen are playing a blinder in the race for Christmas Number 1, smashing all the way into the Top 10 in the final 24 hours of the race with their festive viral hit Christmas Drillings. Will they make it all the way to the top?

Sidemen have hit the campaign trail hard this week, from in-store signings at HMV to boarding a promo bus and “shutting down” Central London yesterday. Their hard work appears to be paying off in the biggest chart race of the year.

According to Official Charts Company data, the collective have added more than 11,000 units in the past 24 hours, powering their breakthrough into the Top 10 at Number 9. Read our exclusive interview with Sidemen member Vik and JME to learn more about Christmas Drillings.

Featuring Sidemen members KSI, Vik and Tobi alongside MC JME, Christmas Drillings will comfortably be the week’s highest climber on the Official Singles Chart, up 12 places overnight to Number 9, and up 32 places week on week at this point. Christmas Drillings is raising money for charity network FareShare which aims to reduce food poverty and UK food waste. Just how far can Sidemen travel before the final whistle at midnight tonight? That’s down to the British public to decide.

Speaking exclusively to OfficialCharts.com about how they would celebrate if they managed to land the Christmas Number 1, Vik from Sidemen comments:

“I will have a day off! I will kick my feet up and relax because this whole week has been one crazy rollercoaster. We didn’t expect to be in the Official Top 40, let alone going for the Number 1 spot. Thank you all so much for streaming, buying the song, supporting a great cause and supporting us.”

Sidemen’s Tobi says: “I’ve just said that if we get Christmas Number 1, I’m gonna let JJ shave off all my hair. I’m terrified, man! I’ve never been bald in my life. I’m shook.”

Tobi continues: “A massive thank you to all of you guys supporting the track. Appreciate you very much. You can also donate directly to FareShare and raise money for a fantastic cause, particularly around this time of year where it’s very difficult for a lot of people. Don’t feel like you’ve got to chuck money at the song. If you want to help and can help, we appreciate it, but it’s about helping the people at the end of the day. That’s the main thing.”

Another act gaining further ground overnight are anarchic punk-rockers The K*nts, whose foul-mouthed political anthem F*ck The Tories has turned around throughout the week, up one place since yesterday, currently riding at Number 7.

In the final few hours of the race, LadBaby’s Food Aid still leads for Christmas Number 1 2022 ahead of Wham!’s Last Christmas (2), while not far behind are Mariah Carey with All I Want For Christmas Is You (3) and Ed Sheeran & Elton John’s Merry Christmas (4).

Whoever you’re backing for the Official Christmas Number 1 2022, get behind them between now and the 23.59pm cut-off this evening.

The 2022 Official Christmas Number 1 will be announced on Friday, December 23. The full Christmas Top 40 will be counted down on BBC Radio 1's Official Chart Show with Jack Saunders from 4pm.

The full Top 100 Official Christmas Singles Chart and Albums Chart will be published on OfficialCharts.com from 5.45pm. Follow @OfficialCharts on social media for the very latest updates.