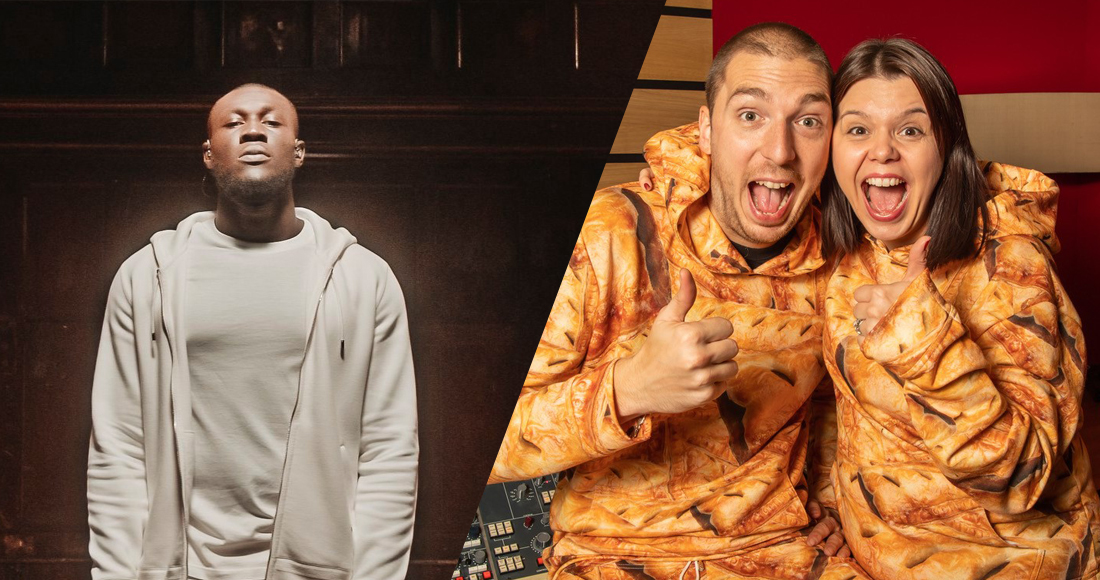 The race for Christmas Number 1 is heating up as the gap narrows between the Top 5 songs.

However, Stormzy is catching up; his song Own It ft. Ed Sheeran and Burna Boy is at Number 2 and outperforming LadBaby on streaming by 3:1.

Last Christmas by Wham! is also putting up a strong fight, holding firm at Number 3 and is 4,500 chart sales behind Stormzy. Fans are campaigning to get the track - the UK's best-selling Number 2 single of all time - to the top for the first time in tribute to the late George Michael.

Elsewhere, Ellie Goulding's River is set to reach a new peak this week, currently at Number 4, and Mariah Carey's All I Want For Christmas Is You is at Number 6. The 25-year-old festive classic is in line to claim the most-streamed song of the week.

MORE: Every Christmas Number 1 ever

Further down, Merry Chrismoyles Everyone by Matt Hulbert - an ode to XFM presenter Chris Moyles - is at Number 68. The song follows a similar campaign called Dominick The Donkey - a track the then-Radio 1 Breakfast DJ championed all the way to Number 3 in Christmas 2011.

The full Christmas Official Singles Chart and Official Albums Chart will be published on OfficialCharts.com from 5.45pm.