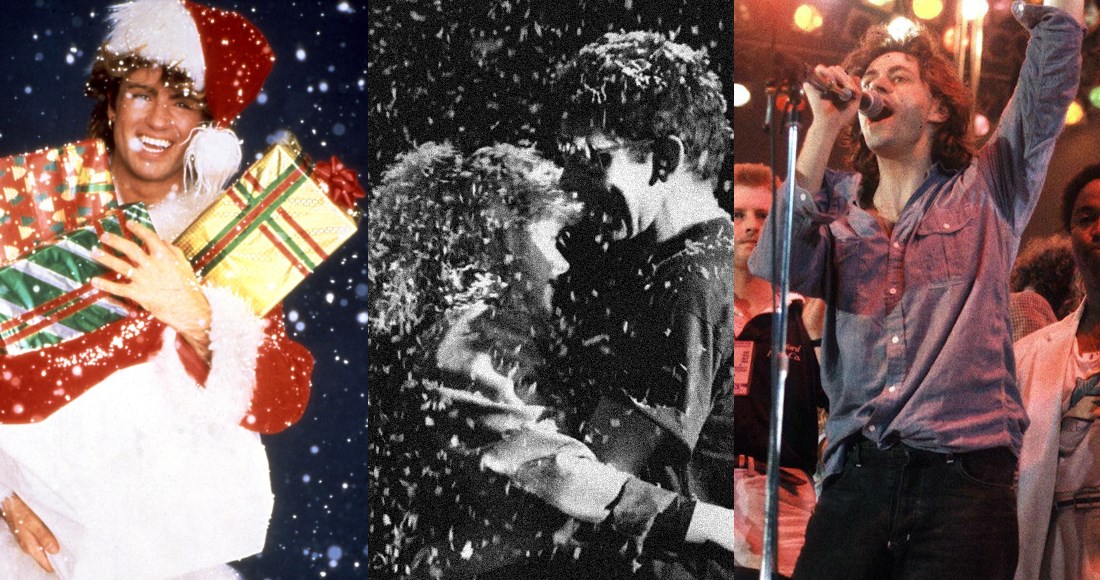 Three classic Christmas songs are jingling their way back into the Official Singles Chart.

In the latest sales flash (December 2), a trio of 80s festive favourites are on track for a Top 40 return on this Friday's chart, based on sales and streams from across the weekend.

The best-selling song of all time to never to reach Number 1, Wham!'s Last Christmas is currently at Number 20, rocketing 23 places from last week's 43. To celebrate the track's 35th anniversary, a replica vinyl single of the original 1984 release is being reissued. Peaking at Number 2 behind Band Aid's Do They Know It's Christmas back in 1984, Last Christmas has re-charted each year since 2007, and returned to its peak position in 2017.

Another million-selling single, The Pogues' Fairytale of New York featuring Kirsty MacColl is also on track for a festive revisit to the Official Chart. Having re-charted each year since 2005, the turbulent tune is currently at Number 35. Peaking at Number 2 in 1987, the song reached Number 4 in 2018.

Band Aid's Do They Know It's Christmas is also on the cusp of a Top 40 return for the 10th time. Currently placing at Number 39, the track is the second best-selling single in UK chart history.

Last week, Mariah Carey's All I Want For Christmas Is You returned to the Top 40 for a thirteenth constitutive year. Re-entering at Number 34, the song has never reached Number 1 on the Official Chart, topping out at Number 2 on release in 1994 and twice more in 2017 and 2018.

Find out the chart placements of all three songs and the rest of the Official Chart on BBC Radio 1 this Friday at 4pm with Scott Mills.