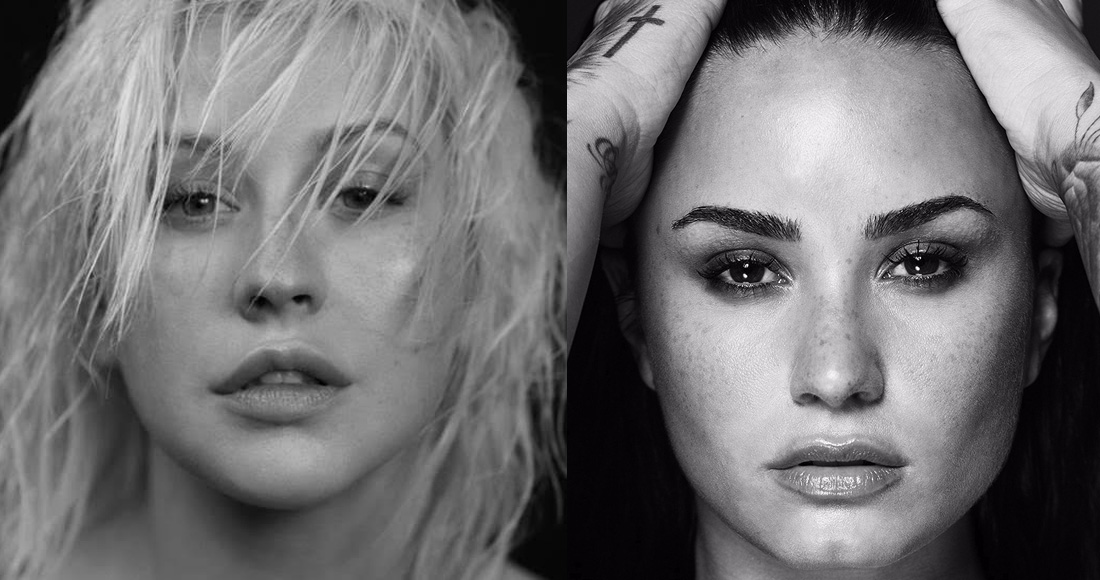 Christina Aguilera and Demi Lovato have revealed their long-awaited collaboration Fall In Line.

The song was released today (May 16), ahead of its live premiere at the Billboard Music Awards 2018 on Sunday (May 20). Listen to the song below:

Christina teased the release of Fall In Line with baby photos of her and Demi performing as youngsters. Sharing some of the song's lyrics, female empowerment is clearly at the heart of the song. Returning to a similar theme as some of her biggest hits Fighter and Beautiful, Fall in Line sounds BIG.

Fall In Line was believed to be recorded in the autumn of 2017. Demi tweeted last October "dreams DO come true", disclosing she had recorded a dream collaboration. Demi and Xtina followed each other on Instagram shortly after, with Demi citing Christina as the main influence behind her latest album Tell Me You Love Me around the same time.

Demi then teased the song further in February of this year, speaking with Billboard: "I did a collaboration with one of my biggest idols. I can’t give away who it is yet, but you’ll find out soon. I can’t wait for the world to hear it. It’s an incredible song."

There was no smoke without fire, and the speculation was true! Fall In Line is the third taste of Christina's new album Liberation, released June 15. It follows the lead single Accelerate, and buzz track Twice.

Fall In Line is not Demi's only new single impacting on New Music Friday. She features on Clean Bandit's new song Solo.