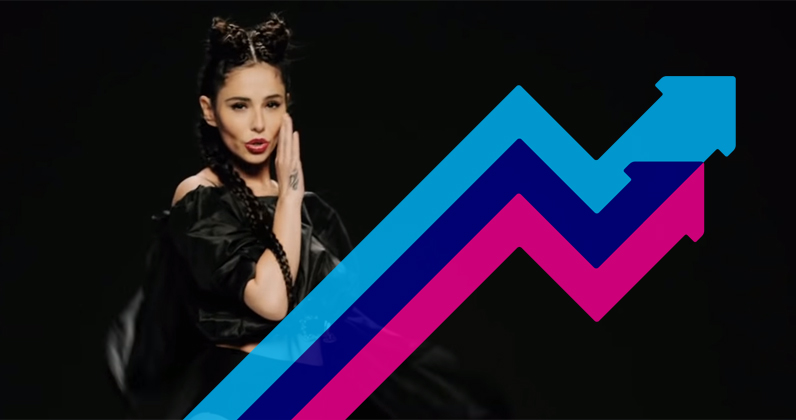 Cheryl's music comeback is making a big splash this week as her new track, Love Made Me Do It, debuts at Number 1 on the UK's Official Trending Chart.

The song - Cheryl's first new music in four years - tops the chart of 20 songs making a big impact in the UK, based on movement up the Official Singles Chart since the previous Friday.

Love Made Me Do It is on track to debut inside the Top 20 on this week's singles chart, currently at Number 8 in the latest sales flash.

The track is Cheryl's first on her new label 3 Beat and is the first of several standalone releases from the star as she adapts to the streaming era. Her last record, 2014's Only Human, was released just four months after streaming was introduced to the Official Chart. Look back at Cheryl's Official Chart history so far here.

In an interview with Music Week, 3 Beat founder Jon Barlow said fans can expect two more singles in the first quarter of 2019, adding: "What we want to do with Cheryl is to put out a succession of incredible records and put an album out at the end of that process."

After his recent chart-topping Funky Friday collaboration with Dave, Fredo's brand new track BMT is set for a Top 40 debut this week, while two Imagine Dragons songs - Bad Liar and Natural - feature in the trending chart following the release of their new album Origins.