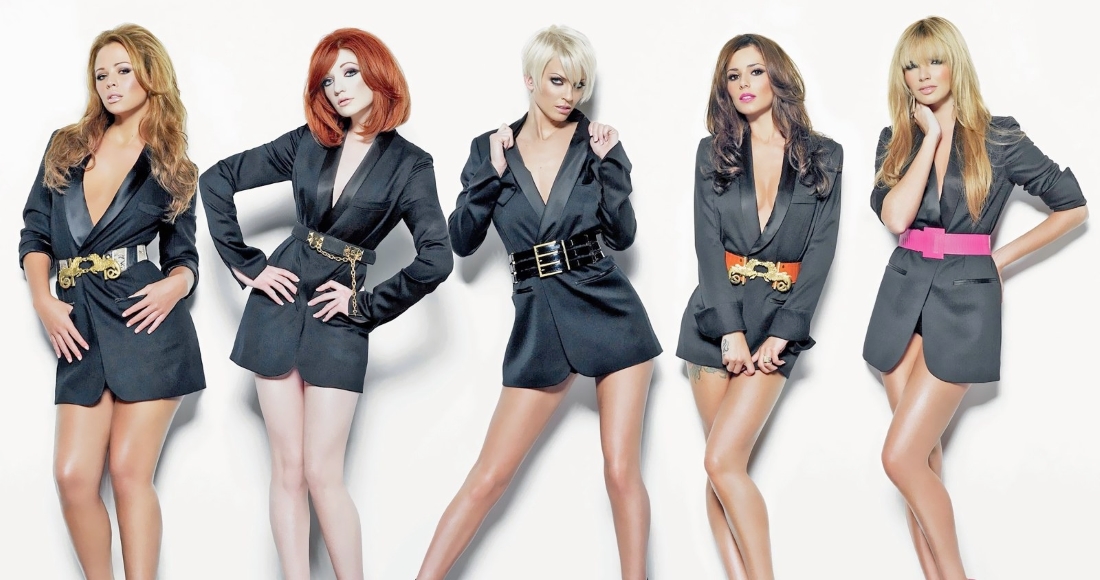 This week is a big week for Cheryl Fernandez-Versini, or Cheryl as we like to call her in the pop biz.

After a two-year wait and two massive singles before it, Mrs Fez-Vez is finally ready to release her fourth solo album, Only Human. But as Cheryl celebrates five years as a solo artist, we couldn’t help but wonder: have Cheryl’s singles sold more than her Girls Aloud hits?

Well, luckily, we have all the details at our fingertips , because we are, of course the only chart that counts. And so we had a look in our vaults. And now we can tell you, by way of an amazing Top 20 that doesn’t have a duff track on it. But first… the Top 5!

1: Cheryl – Fight For This Love

In an amazing coincidence, Fight For This Love was Number 1 exactly five years ago today. We’ve had an in-depth look at this tune’s progress, but all you need to know is that as a million seller it is Cheryl’s bestselling song. It was Number 1 for two weeks and sold super-speedily – 430,000 of you bought it in its first two weeks on sale. Cheryl may well have thought going solo wasn’t “gon’ be no picnic”, but she didn’t do too badly with this deceptively dancey R&B number.

CHART FACT: Cheryl only went and knocked her very own X Factor protégée Alexandra Burke off the top spot. Cheryl was then herself booted off Number 1 by another X Factor act – JLS!

2: Girls Aloud – Sound Of The Underground

The song that started it all for Cheryl – and Nadine, Nicola, Kimberley and Sarah too, of course – this was the Official Christmas Number 1 of 2002 and beat the girls’ Popstars: The Rivals competitors One True Voice into second place. Sound Of The Underground – the beginning of a career-long love affair for Girls Aloud with producers Xenomania – stayed at the summit for four weeks until it was given the heave-ho by another talent show winner – Fame Academy’s David Sneddon.

CHART FACT: Four weeks was Girls Aloud’s longest run at the top spot. Sound Of The Underground was the first of four Number 1 singles for the group.

From the song that began their great chart story to one that came pretty near the end, The Promise was a huge hit for Girls Aloud as they prepared to release their fifth and final studio album Out Of Control. Part ‘60s girlband-pastiche, part Blankety Blank theme tune (in the best possible way), The Promise stayed at Number 1 for a week, almost exactly six years ago today!

CHART FACT: The Promise also fell victim to the curse of The X Factor – it was booted off Number 1 by The X Factor finalists’ cover of Mariah Carey’s Hero. Take a look at the full Top 40 from the week The Promise was at Number 1.

With Calvin Harris on board, there wasn’t much chance of this track not being a monster hit. Cheryl’s second biggest seller was a Number 1 hit for her in 2012.

CHART FACT: Call My Name was originally earmarked for Rita Ora, but she didn’t think it was her thing. Rita had three Number 1s in 2012, and along with Cheryl and Geri Halliwell, holds the record for most Number 1 singles by a British female solo artist. Selling over 150,000 copies in its first week on sale, Call My Name was the fastest selling single of 2012 until James Arthur’s Impossible came along in December.

And another Cheryl song means that the majority of the Top 5 belongs to Mrs Fez-Vez. Promise This was the lead single from what you might call Cheryl’s sophomore album, Messy Little Raindrops, and spent a week at Number 1 in 2010, giving Chezza a second solo chart-topper.

CHART FACT: Promise This was knocked off Number 1 by Rihanna’s million-selling Only Girl (In The World).

Cheryl’s 2014 Number 1 Crazy Stupid Love is already her sixth bestselling solo single, and breaks into our Top 10 here, with over 280,000 copies sold.

Up in 20th and only just edging No Good Advice out of the countdown by a mere 400 copies is the girls’ team-up with Sugababes, Walk This Way. The charity cover of the Run DMC/Aerosmith track spent a week at Number 1 and was a third chart-topper for Girls Aloud, but a fifth for Sugababes, who by then had welcomed Amelle into the group to replace Mutya. It’s sold over 140,000 copies.

Classics that didn’t make it

The download era means that Cheryl’s solo material had a better chance of making the Top 20 – and quite right too. It’s bad news for Girls Aloud tracks like Sexy No No No (24), The Show (25) and Wake Me Up (28). They are, of course, still brilliant.

What’s your favourite Girls Aloud or Cheryl track? Did you expect it to be higher or lower on our countdown? Let us have it on Facebook or Twitter.