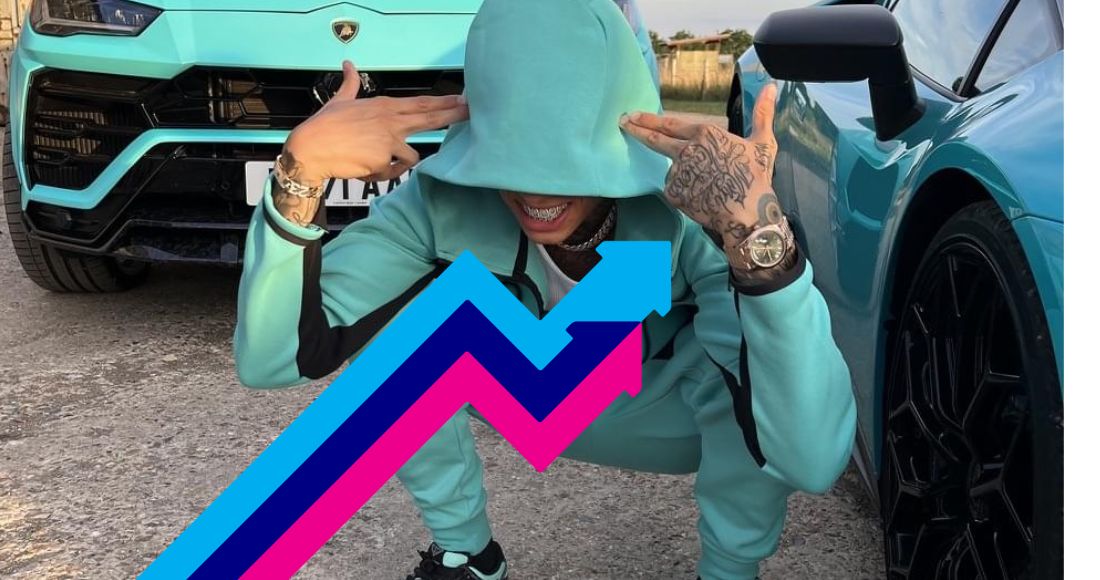 Central Cee debuts at Number 1 on the Official Trending Chart with his brand new track, Doja.

Coming in at a very lean 1 minute 37 seconds, Doja contains a shoutout to American rapper and singer Doja Cat, as well as sampling the beat from Eve & Gwen Stefani's iconic track Let Me Blow Ya Mind.

In this week's Official Chart: First Look, we revealed that Doja is currently on track to debut inside the Top 5 of the Official Singles Chart. At present, Central Cee's highest-peaking UK single is Obsessed With You, which peaked at Number 4.

Elsewhere this week, there are a raft of new arrivals on the Trending Chart following in Central Cee's wake. Billie Eilish surprise-released a morose new acoustic-led EP last week and it's two tracks- TV and The 30th - are both on track to debut inside the UK Top 40, with TV currently leading the way.

There are further new entries from Atlanta rapper Russ with Are You Entertained?, his collaboration with Ed Sheeran, thanks in part to a viral video featuring the two artists and a variety of celebrities making cameo appearances; from Harry Potter star Tom Felton to Brenda Edwards, the mother of late SB:TV founder Jamal Edwards.

The final new entry of the week on the Trending Chart belongs to US indie-pop trio AJR and their fast-rising breakthrough single World's Smallest Violin, which is finding new life on the charts despite originally being released over a year ago.

And finally, we have one big riser on the Trending Chart this week; Kim Petras' synth-soaked cover of Kate Bush's classic Running Up That Hill, which has been released as an Amazon Music Exclusive.