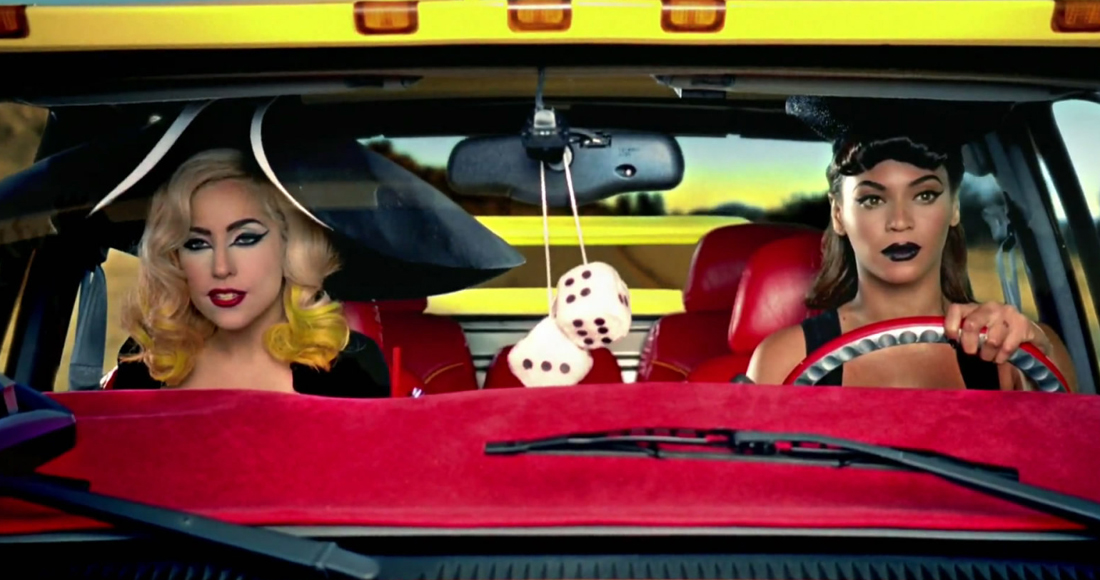 In 2010, after just a year of stardom, Lady Gaga had become virtually inescapable. In the short 12 months after we first heard the opening bars of Just Dance, Gaga had scored three Number 1s, released and reissued a massive-selling album and pretty much conquered the globe.

Hot on the armadillo-shaped heels of her million-selling smash Bad Romance, Gaga teamed up with another vocal powerhouse and worldwide superstar, Beyoncé. Both were at their peak of stardom, and while neither of them needed to collaborate to raise their profile, somehow it felt inevitable the pair would get together.

The record they chose to sing together, Telephone, was originally meant for yet another megastar. Britney Spears had demoed the song and decided not to use it, so Gaga, who penned it, decided to nab it back, and who better to add an extra bit of spice than Beyoncé, on her electric second verse?

Telephone made its first appearance in the Official UK Top 40 at the end of 2009, when Gaga’s The Fame was re-released with mini-album The Fame Monster as part of the package. It dropped out of the Top 40 for a whole ten weeks, before beginning a slow ascent up the Official Singles Chart. And then, all of a sudden, it leapt 11 places thanks to the release of its Proper Gloal Event of a music video to land at the top this week in 2010.

Telephone deposed Tinie Tempah’s Pass Out from the top spot, shifting 117,000 copies during its two weeks at the top. And who knocked the devastating duo off the summit? Scouting For Girls, with This Ain’t A Love Song.

Telephone was a fifth Number 1 for Queen Bey and a fourth for Gaga, and to date has logged a somewhat frustating 999,000 chart sales, including 27.1 million audio streams since records began in 2014. X Factor fans (at its peak) simply cannot forget this of it by the finalists in 2010 – including the irreplaceable Wagner, and a very young One Direction.