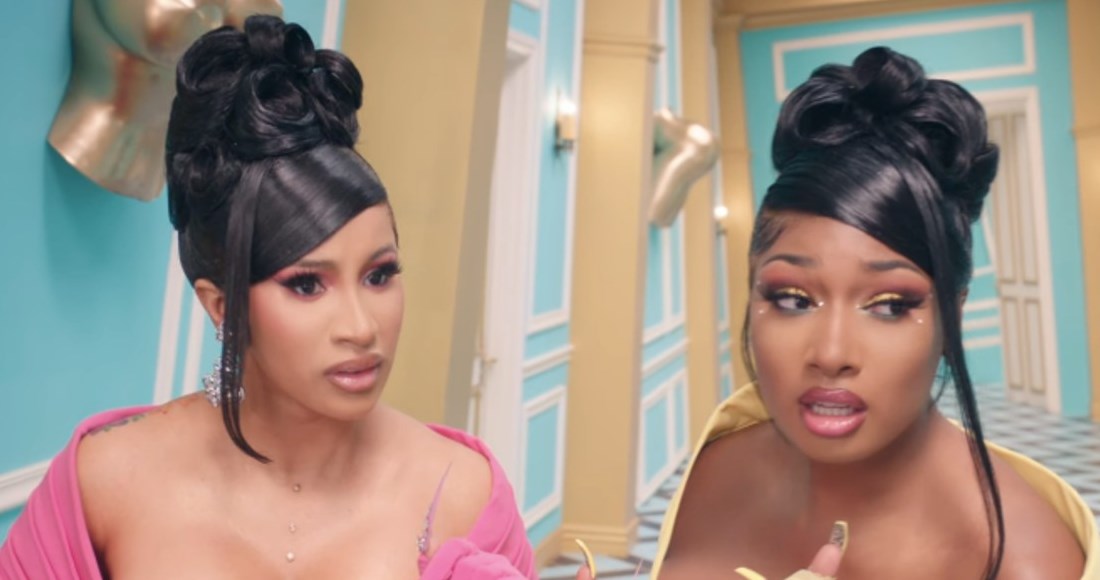 Cardi B and Megan Thee Stallion's WAP was the UK's most Googled song lyrics in 2020.

The sex-fuelled banger came out on top of Google's Year in Search 2020, as far as music lyrics were concerned.

The first single from Cardi's second album, WAP united her with hot girl rapper Meg for one of 2020's most controversial hits, full of explicit lyrics that, it turns out, we all just couldn't stop googling.

Turns out, we all want to be certified freaks, seven days a week.

Cardi and Meg triumphed on the search list - in second was the late, great Dame Vera Lynn. The lyrics to her signature hit We'll Meet Again got a huge boost after the Queen referenced the track in her speech to the nation during the pandemic in April, and again following Lynne's death earlier this year at the age of 103.

Other entrants on the list include Eminem with Godzilla, Roddy Rich with his breakout hit The Box, Billie Eilish's chart-topping James Bond theme No Time To Die.

WAP's dominance on the list, of course, is no surprise. In September the song hit Number 1 on the Official Singles Chart and spent three weeks at the top, giving both Cardi and Meg their first UK Number 1 singles.

While we are yet to see any more material from Cardi's sophomore LP, Meg Thee has both released her debut studio album Good News, as well as the blockbuster single viral Savage, which gained a remix courtesy of Beyonce and became the Houston rapper's first UK Top 10 single.