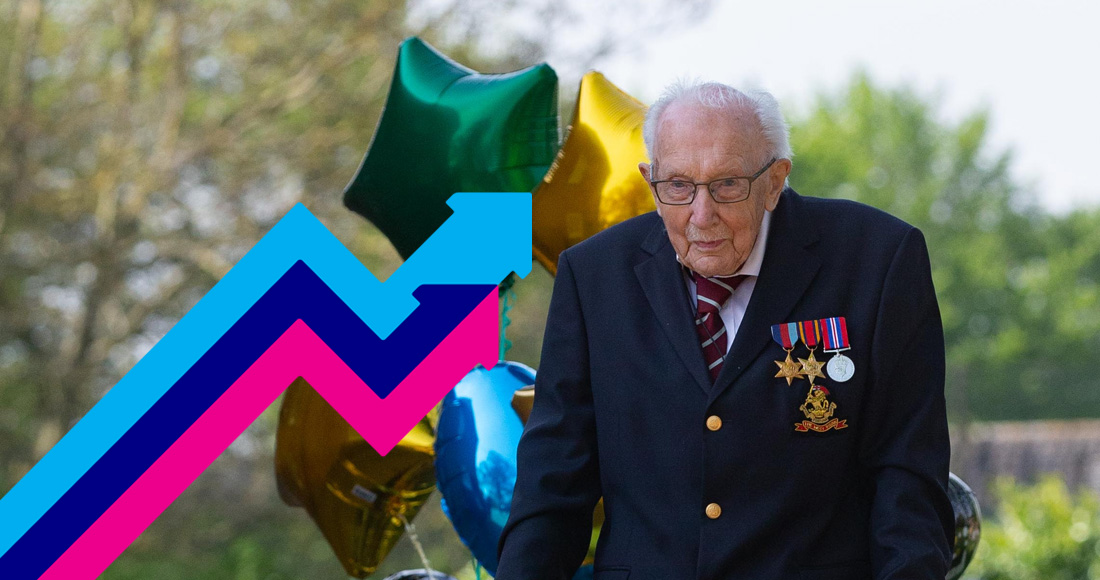 After single-handedly raising over £26 million pounds for the NHS, the 99-year-old war veteran is now going full steam ahead for this week’s Official Number 1 single, landing the week’s biggest trending song along the way.

Originally written by Rodgers and Hammerstein for the musical Carousel, You’ll Never Walk Alone saw a surge in popularity in 1963 when it was covered by Liverpudlian band Gerry & The Pacemakers and subsequently went to Number 1. Captain Tom’s version, if it stays on track, it will be the third version of the song to reach the chart peak.

100% of Captain Tom, Michael Ball and Decca Records’ proceeds from the single will be donated to NHS Charities Together to support the incredible NHS staff and volunteers caring for COVID-19 patients.

Follow and listen to the Official Trending Chart on Spotify here, or listen on Deezer.

Close behind on the Official Trending Chart are two more brand new entries. The first from 25 year-old Britain’s Got Talent contestant and paediatric nurse Beth Porch, with her original song You Taught Me What Love Is which could see a Top 10 debut on Friday; plus Sam Smith and Demi Lovato’s new collaboration I’m Ready, which came accompanied by a glittering, Olympic-themed video:

Other new songs trending this week include Rockstar and Find My Way by American rapper DaBaby, both from his new album Blame It On Baby, while fellow US rapper and singer Playboi Carti enters with @ Meh, which could become his first UK Top 40 single this week. Britis rapper Nafe Smallz is also making waves with his collaboration Part Of The Plan featuring M Huncho.

Finally, Gerry Cinnamon takes two spots on this week’s Top 20 following the release of his new album The Bonny, which could claim Number 1 on this week’s Official Albums Chart. Where We’re Going and Head In The Clouds are currently proving the two favourite songs on the collection. We looked at the numbers behind Gerry Cinnamon's growing popularity here.