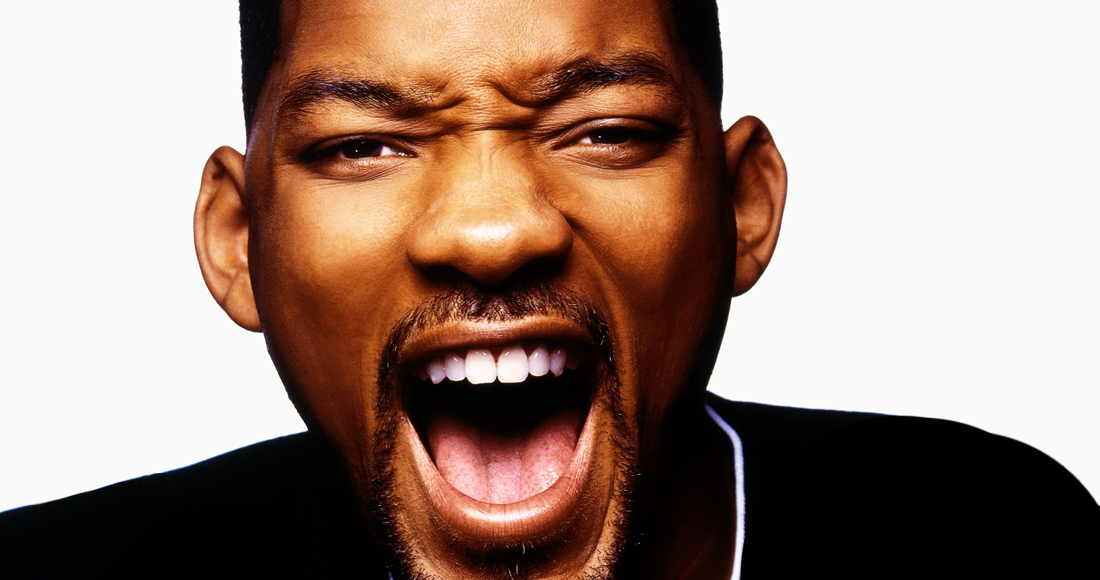 The former Fresh Prince Of Bel-Air is climbing up the Official Singles Chart following an all-star performance on Friday night’s Graham Norton Show.

In west Philadelphia he was born and raised, and on the playground he spent most of his days; chilling out, maxing, relaxing all cool, shooting some b-ball outside of the school.

He’s a Hollywood A-Lister known to millions around the world for blockbusters such as Independence Day, Wild Wild West, I, Robot, Hancock, and the hugely popular Men In Black franchise. In 2001 he played Muhammad Ali in a biopic of the legendary boxer’s life, and starred alongside his son, Jaden, in the 2006 big screen adaptation of Chris Gardner’s autobiography of the same name. However, to us, Willard Christopher Smith Jr. will always be The Fresh Prince.

Along with his musical partner DJ Jazzy Jeff, Smith achieved chart success on both sides of the Atlantic in the late ‘80s, before going on to star in the NBC sitcom, The Fresh Prince Of Bel-Air, throughout the ‘90s. Hollywood beckoned, and the rest, as they say, is history.

However, while promoting his new film After Earth on Friday night’s Graham Norton Show, Smith decided to revisit his Fresh Prince roots, and teamed up with DJ Jazzy Jeff and Alfonso Ribeiro (who played his on-screen cousin, Carlton Banks, in the show), for a show-stopping trip down memory lane.

The performance, which featured the Fresh Prince theme tune, some ‘Carlton dancing’ to Tom Jones’ It’s Not Unusual, as well as Smith’s 2005 Number 4 hit, Switch, has gone viral; clocking up more than 10 million views on YouTube in its first 48 hours.

Now, in much the same way as Ant and Dec’s Let’s Get Ready To Rhumble did back in March, Will Smith looks set to return to the Official Singles Chart Top 40 this weekend.

According to today’s Official Charts Company sales data, which takes into account sales up to midnight last night (Monday, May 27), Switch is currently sitting just outside of the Top 40 at Number 44, while the show’s theme tune looks set to break into the Top 100 before the week is though. It is currently at Number 102.

Check out the official music video for Switch, below: