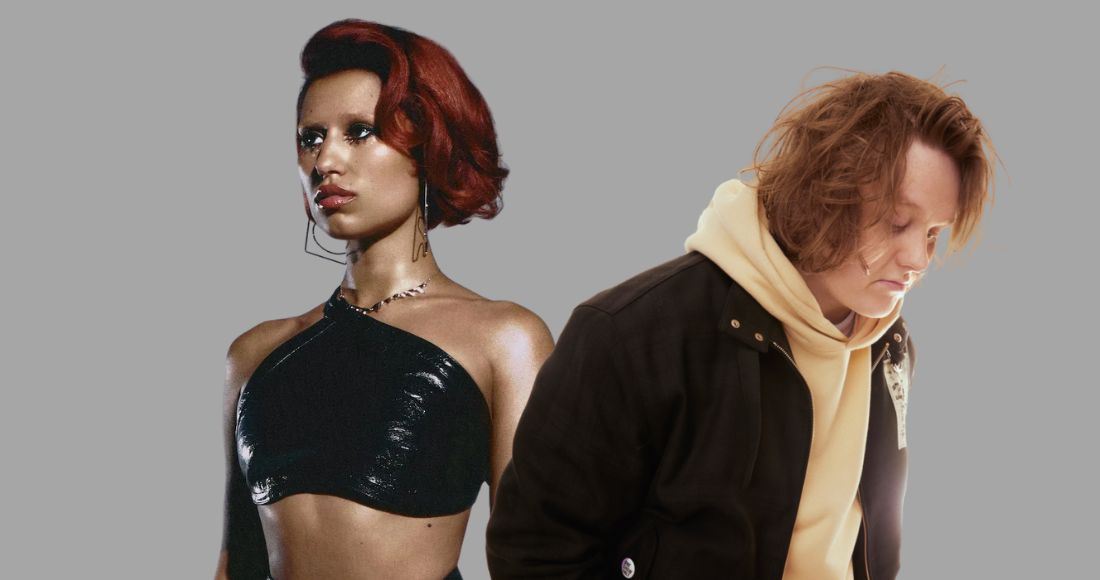 Can Lewis Capaldi’s Pointless challenge RAYE for Number 1 in the UK this week? The Scottish singer-songwriter’s new single - which was co-written by Ed Sheeran - is currently charging up towards a new peak of Number 2.

Lewis is currently charging up to head on a UK tour, where he will be supported, funnily enough by RAYE, who is now looking ahead to the launch of her much-awaited debut album, My 21st Century Blues, at the beginning of next month.

From tour buddies to chart rivals...this is one battle you won't want to miss, especially after RAYE's highly-emotional climb to Number 1 week ignited an outpouring of love and support from all corners of social media.

After this long-awaited success, RAYE holds on at the top with Escapism. Ft. 070 Shake, but with less than 2,000 chart units in play between her and Lewis, can she hold on to secure a second week?

Thanks to a new remix featuring BRITs Rising Star and BBC Sound Of…2023 winners FLO, Stormzy’s Hide & Seek begins to scale back up the Top 20. It’s projected to leap four places to Number 14, having peaked at Number 7 last year.

Skrillex, Fred again.. & Flowdan could capture this week’s highest new entry in the UK with their track Rumble. Expected to debut at Number 16 it would be Skrillex’s fourth, Fred’s third and Flowdan’s first Top 40 hit.