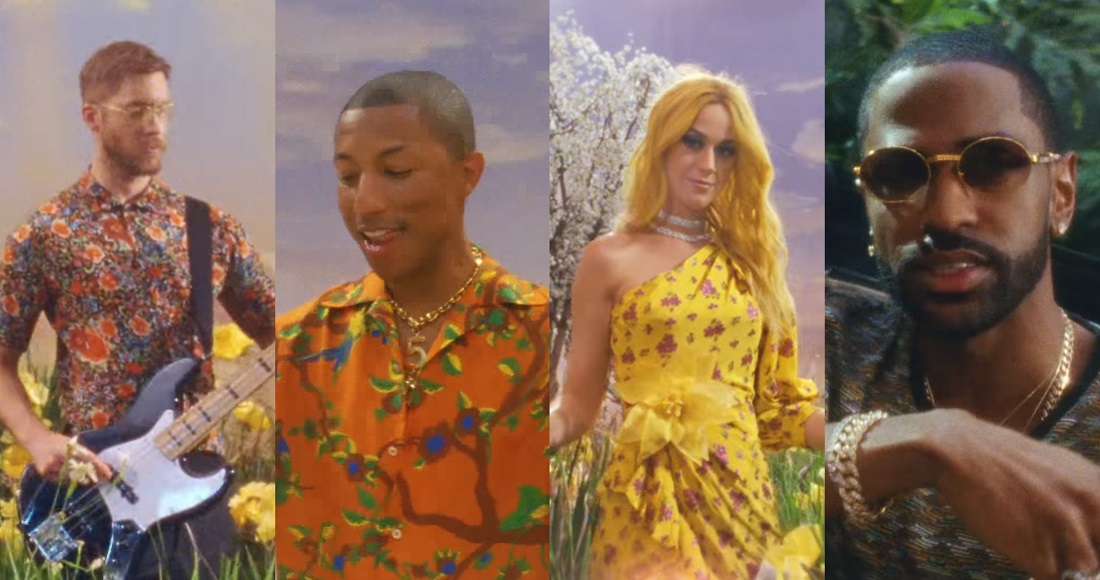 If Calvin Harris releasing his mega-collab Feels wasn't enough for you, the superstar DJ has thrown in a tropical music video for the track for good measure.

The official video sees Pharrell more than happy to be a castaway, dancing on a boat to the song's funky sound. Katy Perry dons yellow hair harking back to her Teenage Dream era outfits, and final collaborator Big Sean is sunning it up in a jungle setting.

Now we really want to go on holiday.

Feels has so far peaked at Number 21 on the Official Singles Chart, and is the third Top 40 hit from Calvin's upcoming fifth studio album Funk Wav Bounces Vol. 1. Despite fellow album track Slide reaching the Top 10, Feels is the first song from the Funk Wav era to have an official music video. We're thinking that this one will be sticking around for a while!

While we already knew all of the guest artists on the Scottish producer's upcoming LP, we now know the name of the tracks they will all be appearing on. Calvin shared the full tracklisting on Twitter:

Funk Wav Bounces Vol.1 is out this Friday (June 30), and has big footsteps to follow in. Calvin's previous four offerings have all hit the UK Top 10, while 2009's Ready For The Weekend and 2012's 18 Months bagged the coveted Number 1 spot.

Did you know Calvin holds the record for the album to feature more Top 10 hits than any other? His third album 18 Months boasts a massive nine Top 10 bangers, beating other successful albums from the likes of Michael Jackson, David Guetta and Lady Gaga. Take a look here at the other albums Calvin's 18 Months outperformed.

The full tracklisting for Calvin Harris' Funk Wav Bounces Vol.1 is as follows: