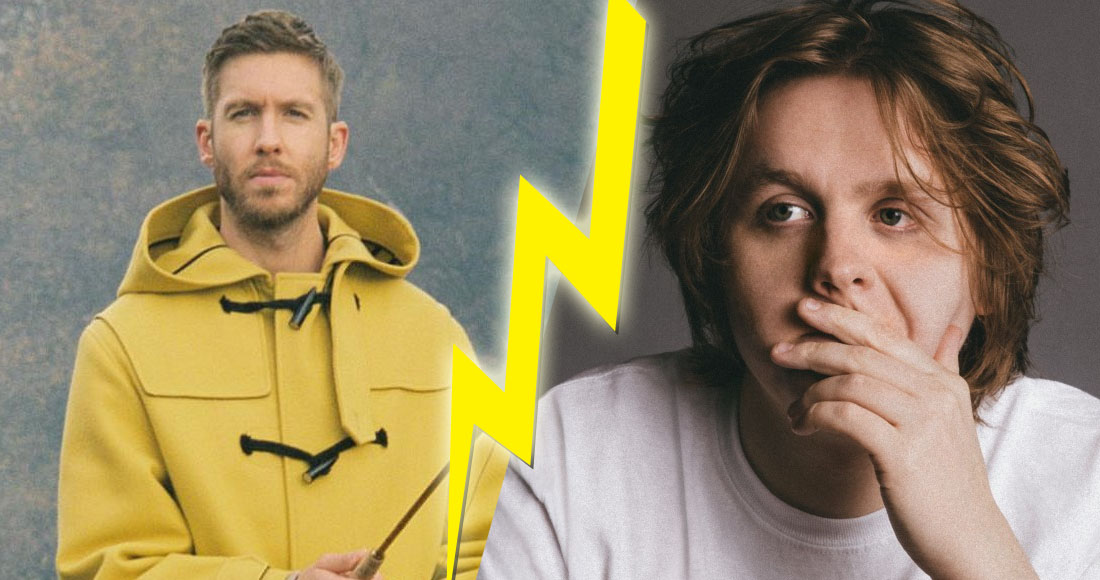 It's a battle of the Scots on this week's Official Chart Update as Calvin Harris and Lewis Capaldi are vying for this Friday's Number 1.

Calvin Harris occupies pole position in today's sales flash with Giant featuring Rag'n'Bone Man, 1,600 combined sales ahead of Lewis Capaldi and his breakthrough single Someone You Loved at 2.

Should Calvin and Lewis hold at the Top 2 positions on this Friday's Official Singles Chart, it will mark the first time Scottish acts have concurrently sat at Numbers 1 and 2 since November 2011. Then, Emeli Sande was on top with her Professor Green collaboration Read All About It, with Calvin a step behind assisting Rihanna on smash hit We Found Love.

Giant would give Calvin his 11th UK Number 1 single and Rag'n'Bone Man his first, with Lewis also securing his inaugural UK chart topper should Someone You Loved pull ahead.

The most downloaded song across the weekend was Pink's Walk Me Home, new at Number 7 on today's midweek update, while Tom Walker could also be a new Top 10 entry come Friday; the BRITs Best Breakthrough winner's latest song Just You And I has risen nine places over the weekend to Number 10.

The BRIT Awards sends George Ezra's Shotgun surging back into the Top 20 (13), while emerging hits Talk from Khalid & Disclosure (14), and Blueface's Thotiana (17) are set for new Top 20 peaks.

Thursday by Jess Glynne is set for a climb of 13 slots to Number 28 following her show-stealing BRIT Awards performance, while Calvin Harris & Sam Smith's Promises is experiencing a similar uplift, rising 20 positions to Number 30.

Finally, the Official Chart Update is rounded out by two new entries; South London MC Giggs' 187 is new at 34, and Black by Dave, the follow-up to his Number 1 single Funky Friday, starts out at 37.