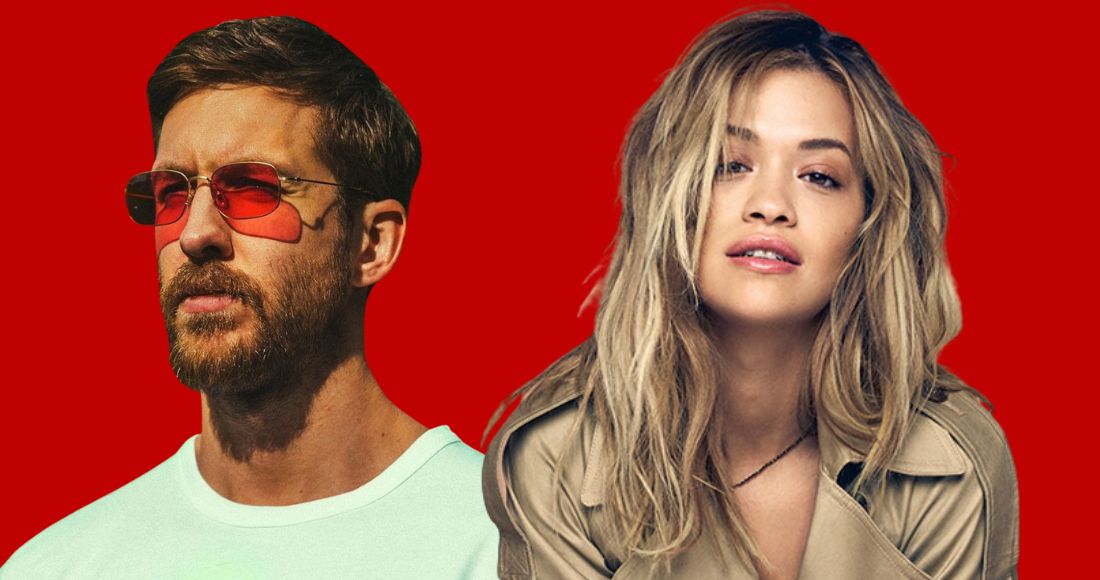 Calvin Harris has cleared up a long-running rumour that he produced an entire, scrapped Rita Ora album in 2014.

The Scottish producer, real name Adam Wiles, famously wrote and produced Rita's I Will Never Let You Down, a buoyant house banger that became Rita's then-record-equalling fourth UK Number 1 single (and what a Number 1 single that was).

At the time, it was reported that Calvin and Rita (who were also in a relationship at the time I Will Never Let You Down was released) had worked on more material for her upcoming sophomore album under her deal with Roc Nation and Columbia, the follow-up to her Number 1 debut album ORA, which was due to be released sometime in 2014, before ultimately being scrapped following the release of two more stand-alone singles, Poison (Number 3) and Body On You with Chris Brown (Number 22).

Over the weekend, Calvin took to Twitter to debunk the long-standing myth that the original version of Rita's sophomore album would have contained a lot more collaborations between the two.

The discussion came from the reveal that Rita would be sitting down with Louis Theroux for a special BBC One documentary special this week, where a clip released by the corporation revealed that Louis would be asking Rita on what happened to the large swathes of material she recorded for her un-released second album.

(There's no easy way to say this reader but the journalist Calvin was replying to, clarifying his position? Me. It was me.)

Entire thing is a myth, there is one unreleased song i worked on and it isn’t good

"Entire thing is a myth," Calvin wrote. "There is one unreleased song I worked on and it isn't good."

And that is that on that. Right? Right. Thanks for taking the time to speak with us, Calvin.

Rita has also just thrown her hat into the ring, saying: "Lol, 8 years later. I'm excited for you to hear my next single next year. Mwah!"

Big kissses to you too, Rita. It should be noted that over the years, she has stated numerous times that the rumour that Calvin had exec-produced her second Roc Nation was just that, a rumour, and the two had only ever worked on a handful of songs together.

And for those of you who are not up to date with the history of the Rita Ora Musical Universe (ROMU), Rita's stint at Roc Nation would ultimately be cut short in 2015, when the pop singer took the label to court, seeking to be released from her contract after various releases were delayed and scrapped, saying she felt "abandoned" by the company (Roc Nation countersued, the dispute was settled out of court and Rita did leave the label, eventually signing to Atlantic Records).

With Atlantic, Rita would go on to (finally) issue her long-awaited sophomore LP, Phoenix, which ended up containing a total of five Top 10 singles, helping Rita to break a long-held chart record for the most Top 10 singles held by a British female artist too.

Following the release of 2021's EP Big, a collaboration with producer Imanbek, Rita would announce that she had left Atlantic Records and joined the roster at BMG, where she would also own the rights to her masters. We haven't had any new music from the Mogul for a good year, but apparently good things are coming our way next year...