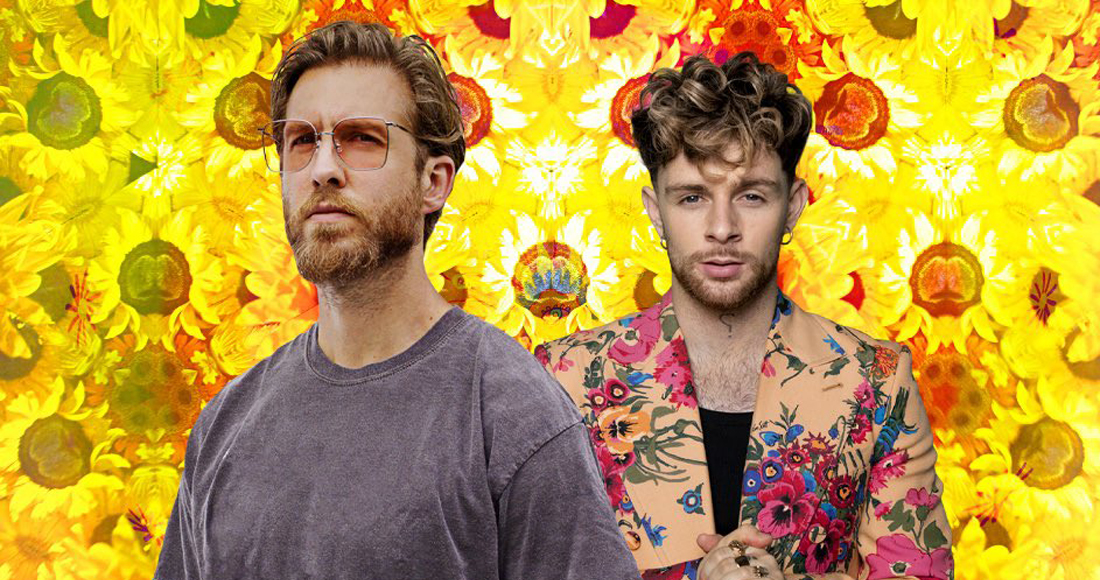 Calvin Harris & Tom Grennan are set to earn this week's highest new entry with By Your Side, while Olivia Rodrigo’s Good 4 U is racing towards a third week at Number 1.

After enjoying a second week reigning over both the Official Singles and Albums Charts with the single and its parent album SOUR, Olivia's current chart-topper is already well ahead of its closest competition - at Number 2 on the Official Chart: First Look, The Weeknd’s Save Your Tears could potentially reach a brand new peak.

Meanwhile, Calvin Harris & Tom Grennan’s new collaboration By Your Side (12) is set to be this week’s highest new entry on the Official Singles Chart. If it stays on course, By Your Side will become Tom’s third Top 40 hit and Calvin’s 36th – the latter’s highest charting single since 2019’s Giant with Rag’n’Bone Man. See Calvin Harris' full Official Chart history here.

Galantis, David Guetta and Little Mix’s Heartbreak Anthem could be heading for the Top 5 after climbing three places midweek to Number 5, while Majestic & Boney M are still dancing towards a Top 10 entry with Rasputin, up four places to Number 7. Mimi Webb could also score a new chart peak with Good Without at Number 8.

Billie Eilish is eyeing up her 9th Top 20 hit with new single Lost Cause, which stands at Number 16 on today’s chart. Finally, Starstruck by Years & Years flies up 14 places to Number 20 following the release of a CD single featuring the original version and several remixes, including the recent version with Kylie Minogue.

The Official Singles Chart Top 100 is revealed on OfficialCharts.com every Friday at 5.45pm.