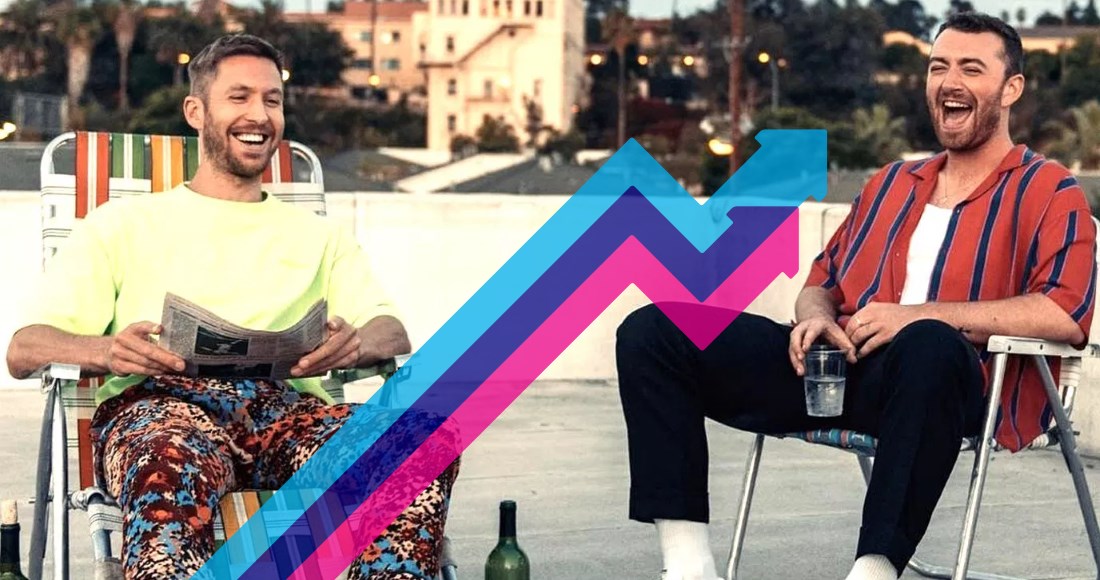 The promise of a Calvin Harris and Sam Smith collaboration has more than delivered, landing straight in at Number 1 on this week's Official Trending Chart.

The pair's new single Promises takes pole position on the Top 20 chart of songs making the biggest impact this week, based on movement up the Official Singles Chart.

The song is looking very likely to debut inside the Top 10 on this week's Official Singles Chart, currently at Number 5 in the latest update. Promises follows Calvin's huge Number 1 single One Kiss with Dua Lipa. Dua has already given her seal of approval to Promises, tweeting: "I’ve literally listened to Promises on repeat and this song is so f**king good".

Ariana Grande also makes a huge impact on the trending chart following the release of her new album Sweetener. Breathin' and the title track are proving the most popular songs from the record, which is heading for Number 1 on the Official Albums Chart.

Elsewhere, Jess Glynne is off a strong start with her latest track All I Am, set for a Top 20 debut on the singles chart, as is The 1975's new single TOOTIMETOOTIMETOOTIME.

After entering the Top 40 last week, David Guetta and Anne-Marie's Don't Leave Me Alone is expected to make another leap up the chart this week, and the Baby Shark song by Pinkfong is trending as the catchy children's song goes viral online and zooms up the Top 100.