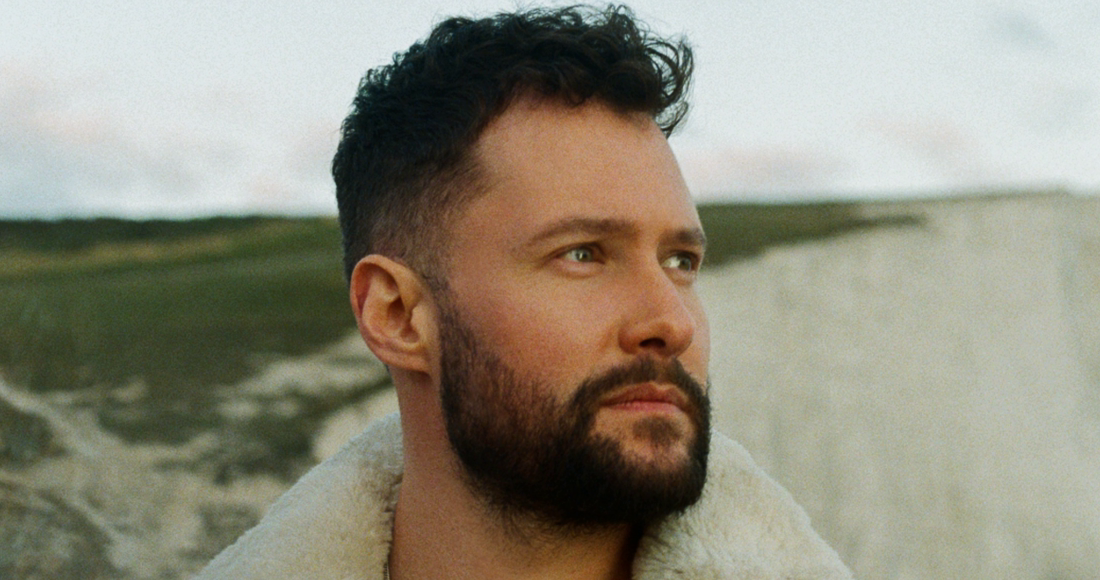 Lost Frequencies and Calum Scott's Where Are You Now is the kind of slow-burning hit that comes across once in a while on the Official Charts.

Despite being released in July of last year, the existential bop all about re-connecting with someone after years apart (which feels prescient right now, we can't think why!) the track entered the Top 10 of the Official Singles Chart for the first time last Friday, after weeks of upwards ascent.

To say this has been a long time coming has been an understatement. Where Are You Now is both Lost Frequencies and Calum Scott's second UK Top 10 hit. For Calum, it marked a return to the upper echelons of the Official Singles Chart for the first time since his breakthrough hit, a melancholic cover of Robyn's synth-pop masterpiece Dancing On My Own.

To celebrate the momentous news, we jumped on the phone with Calum to discuss the story behind Where Are You Now - and why we kind of have to thank his best friend for bullying him into doing it.

Hi Calum! Where Are You Now entered the Top 10 for the first time last week - how are you feeling?

It's unbelievable to me, you know. This song is a passion project. Me and Felix [Lost Frequencies] first connected when I released Dancing On My Own, he was going to do a remix of it, but I think he was a bit nervous to get too close [to Robyn's original]. But what's lovely is, we kept in touch and last year, he asked me to put my vocals on this track.

So it has - quite literally - been a long time coming!

At the time, I had just released Biblical [the lead single from Calum's upcoming second album] and I was going to do an Instagram Live [to celebrate the release]. Lost Frequencies was like, just put some vocals on it. See how it sounds, see how you feel. I did it quickly, and whilst I was doing the Live, I had these messages come through like - yep, all good! Thanks! I was like no! That was just me doing a demo version!

From the initial conversation to now, what convinced you to jump on the track, instead of focusing on your solo stuff?

Do you know what it is, it was my best friend, Jess. She said, "it's a no brainer. Put it this way, Calum, if you don't release it, I'm not going to be your friend anymore." Sometimes you just have to listen to your girls, right?

I just needed that little confidence boost. I'm so glad I did it. Now I've been with Romania and performed with Lost Frequencies in front of 60,000 people, it's been playlisted all over the place...someone actually messaged me the other day saying "I'm hearing it everywhere! I can't escape it!"

You first released the song last July, so it's been slow-burning on the Official Singles Chart for a healthy amount of time. Why do you think it's connected to such a large audience?

It was a weird time to be releasing music last year. But [Where Are You Now] is just one of those songs that people really like. I think they want to be uplifted. It's a proper sing-a-long one, once you hear it, you can't stop. I suppose its a bit of a earworm in that sense. Me and Lost Frequencies had so much making it, I think you can hear it in the track.

It has an instant connectivity with people! From the lyrics as well, it's all about coming together, literally "hey, it's been too long." It's about reconnecting and bringing people back together again. That's what we've been missing these last two years, right?

Where Are You Now? is out now. Calum Scott releases his next single this Friday (February 4).