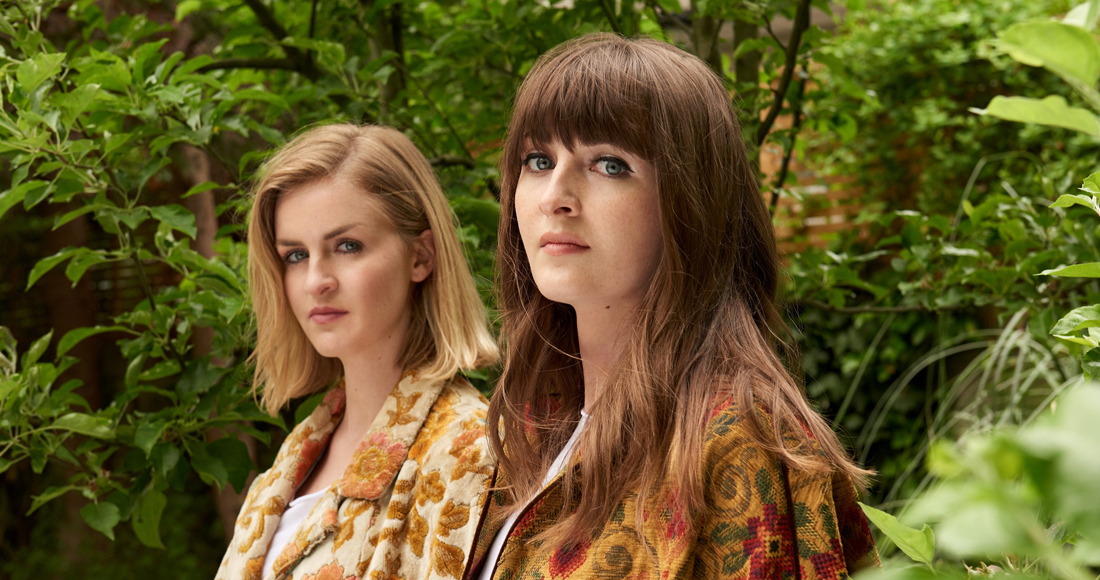 C2C Country 2 Country Festival was due to return to the UK & Ireland later this week (March 13), bringing Nashville's finest to our shores for the eighth consecutive year, but due to Coronavirus, has unfortunately been postponed.

A headline bill of Luke Combs, Darius Rucker and Eric Church were to perform at arenas in London, Glasgow and Dublin this weekend (March 13 - 15), flanked by a host of British and American talent such as The Shires, The Cadillac Three, Charles Esten and Runaway June.

To celebrate the music the festival promotes, we're revealing the biggest country studio albums and singles released in 2019 across physical, downloads and streaming.

When it comes to albums, UK sister duo Ward Thomas are out in front. The siblings' third studio record Restless Minds was the follow-up to Cartwheels, their Number 1 album that made them the first (and only to date) British country act top the Official Albums Chart in 2016.

Restless Minds is also the highest charting album on the list, peaking at Number 8 on release in February 2019. The album was last year's best-selling country record on CD and download, and peaked at Number 1 on the UK's Official Country Albums Chart.

Kiefer Sutherland ranks second with his latest album Reckless & Me. The album became his first UK Top 10 in April 2019, and topped the UK's Country, Americana and Independent Albums Charts on release. The 24 actor co-wrote six of 10 tracks on Reckless & Me.

Breakthrough country star of 2019 Luke Combs lands in fourth with What You See Is What You Get, last year's biggest country album by a male soloist. The North Carolinian's second album topped the national charts in Canada, Australia and the US, scoring the biggest week of streams on record for a country album in the latter territory.

Rounding out the Top 5 is Irish actress Jessie Buckley with her Wild Rose OST. Jessie played Rose-Lynn Harlan in Wild Rose, a film about a single mother who pursues a career in country music after being newly released from prison. The best-selling country album released in 2019 on vinyl, Wild Rose's official soundtrack features original songs and covers of Emmylou Harris and Chris Stapleton songs.

Elsewhere in the Top 20, Lady Antebellum's eighth album Ocean is at 6, Maren Morris is at 7 with Girl, 2019's most streamed country album, and the GRAMMY nominated album Walk Through Fire by Bristol's Yola ranks ninth.

When it comes to country songs, US singer-songwriter Blanco Brown throws a curveball at Number 1 with his rap-meets-country song The Git Up. Billed as the follow-up to Lil Nas X's viral smash and the longest-running US Number 1 ever Old Town Road (released in December 2018), The Git Up - while bordering on novelty - showcases the power of a crossover hit and how country can reach new audiences when paired with another genre.

Maren Morris' slow burn hit The Bones ranks in second, the biggest country song released last year by a female artist. In 2019, The Bones was streamed 9.3 million times. Maren appears again at 5 with Girl and 10 with A Song For Everything.

However, it is Luke Combs with the most appearances on the countdown of the biggest country songs of last year. Luke has seven tracks in the Top 20, including Beer Never Broke My Heart at Number 3, and his feature on the rebooted version of Brooks & Dunn's 1991 single Brand New Man.