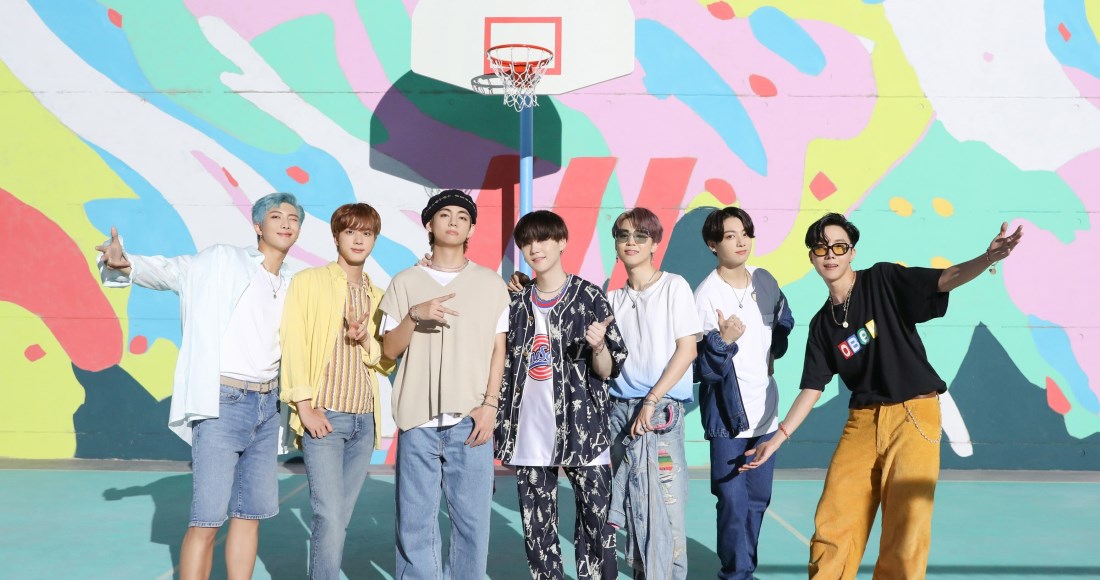 You could say BTS are modern-day masters of the music video, but which of their visuals is the most viewed in the UK?

In celebration of BTS' latest clip for Life Goes On and new album BE, we look back at the Top 10 music videos from J-Hope, Jimin, Jin, Jungkook, RM, Suga and V that have the most plays in the UK.

BTS have often treated their fans to multiple videos to their biggest hits, so all streaming numbers referenced below factor in all official video versions where applicable. We love an alternate edit! So which have racked up the most views, then?

MORE: What's the best BTS studio album or EP? Vote in our poll

Oh my my my, oh my my my! Boy With Luv ft. Halsey ranks at Number 1, with a lofty 12.1 million streams. The video for BTS' first UK Top 20 single saw them combine slick choreography and pastel shades to create a visual spectacular, with Suga's scene with him rapping and bopping on a light-up piano key floor is a memorable highlight.

The band's fifth most-watched video worldwide, IDOL proved popular with British viewers as it ranks second in the UK, with 11.1 million video streams. The group's breakthrough into the Official Singles Chart Top 40, IDOL has two videos, with the second for the remix featuring Nicki Minaj.

In at Number 3 with is DNA with 8.2 million plays; impressive considering it has just the one music video. Worldwide, DNA is BTS' most viewed video and their first to pass one billion views.

Following closely behind to land in fourth is Dynamite. Only released in August, the band's highest-charting UK single has racked up 8 million video streams across its original video and the B-side version. It's no surprise to see its rapid accumulation of views, taking into account that it holds the YouTube record for the most views recorded in an opening 24 hours.

And just for fun, the BTS member to have the most viewed video for a solo single is J-Hope with Chicken Noodle Soup ft. Becky G, which has notched up 2.2 million plays in the UK.

BTS' Official Top 10 most streamed music videos in the UK