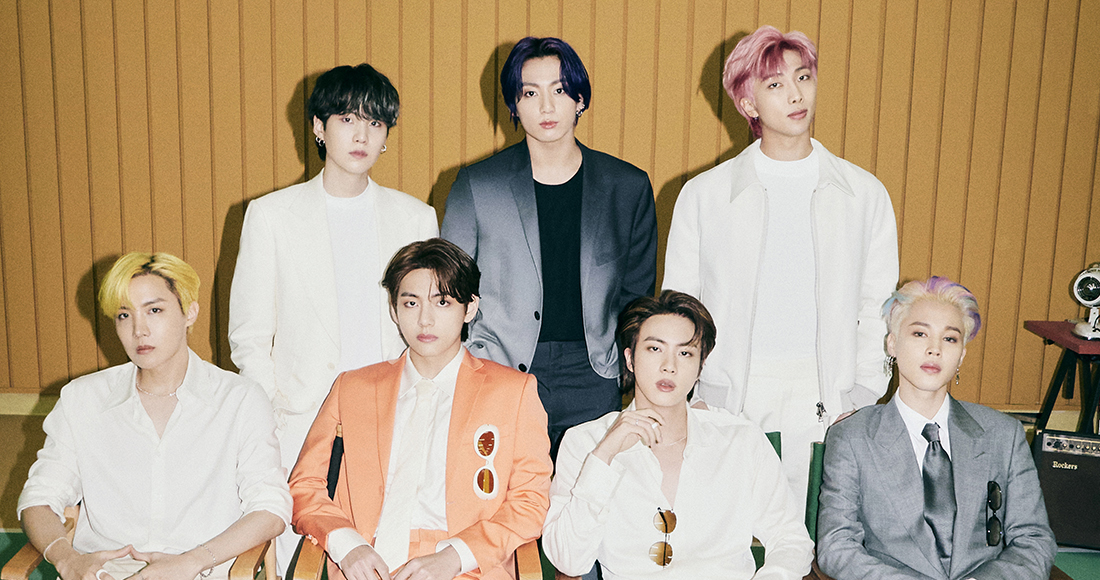 BTS have quickly become one of the biggest bands on the planet over the past few years and have helped the K-pop genre breakthrough in the Western world.

J-Hope, Jimin, Jin, Jungkook, RM, Suga and V have so far racked up three UK Top 10 hits on the Official Singles Chart, including their first fully-English language track Dynamite and this year's song of the summer contender Butter.

Ahead of the boys' new Ed Sheeran-penned single Permission To Dance making its debut on the Official Singles Chart, we've collated the data to reveal the Top 5 most popular BTS songs that were never released as singles, but perhaps should have been.

Topping the list is their 2017 track Go Go, a cut from their fifth EP, Love Yourself: Her. A hyper-perky slice of dubstep-pop with elements of a flute (!) Go Go has accumulated 101k chart sales and is also their most streamed non-single by British fans, clocking in at 11 million.

MORE: BTS' Official Top 10 most streamed videos in the UK

Coming in second place is the wistful Euphoria, notable for being a solo sung by Jungkook. Used as a hype song for the group's compilation album Love Yourself: Answer, Euphoria soundtracked an epic nine-minute trailer video that continues the story of each individual member through scenes from their past visuals. Euphoria, which was also used on the US TV show of the same name, has so far amassed 91,000 combined sales, including 11 million streams.

Another track from Love Yourself: Her to make the cut appears at Number 4. Best Of Me (79k), which was produced by Andrew Taggart of The Chainsmokers, has been streamed 8.8 million times in the UK.

Rounding out the rundown is interestingly BTS' most downloaded non-single in the Top 5. Silver Spoon (76k) is the oldest track to feature on the list, having been included on the boys' 2015 EP The Most Beautiful Moment In Life Pt. 2. 6,000 of the British #BTSArmy have downloaded it and it has also enjoyed 8 million plays on streaming platforms.