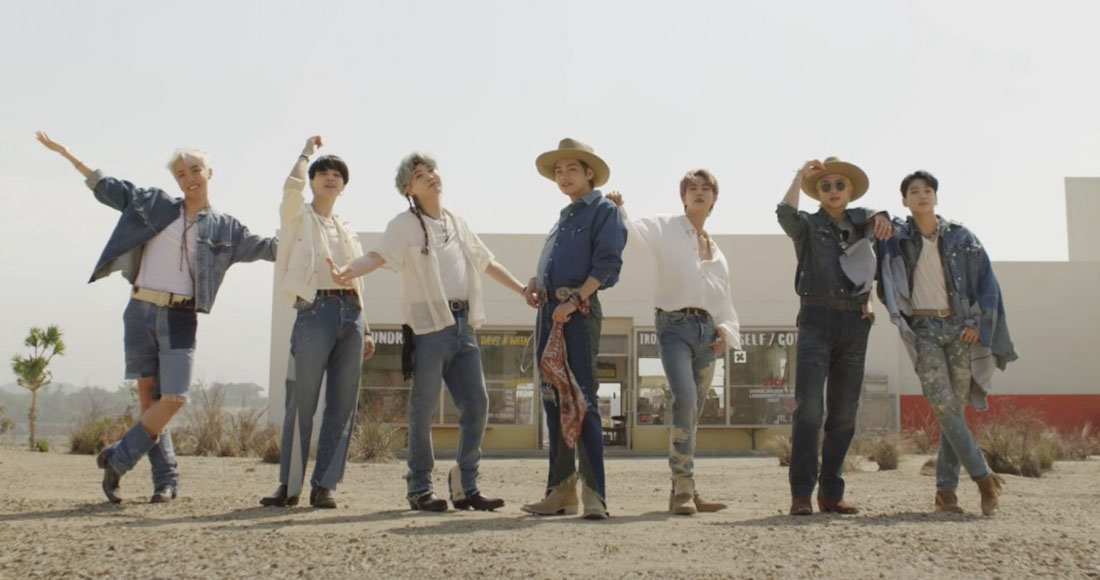 BTS have shared a teaser for their new track Permission To Dance, co-written by Ed Sheeran.

The track was recently confirmed to appear on a CD single release of their current single Butter, out Friday July 9, but it now appears the song could be more than just a B-side.

The group have shared a 32-second teaser of the track and its desert-themed music video. Watch below:

Permission To Dance will also be available to stream and download from July 9, as well as featuring on the Butter CD single alongside the instrumental version of each song.

Last week Ed Sheeran apologised to BTS after mistakenly revealing the news during an interview about his new single Bad Habits. It's not the first time he has teamed up with the K-pop stars, co-writing their 2019 song Make It Right.