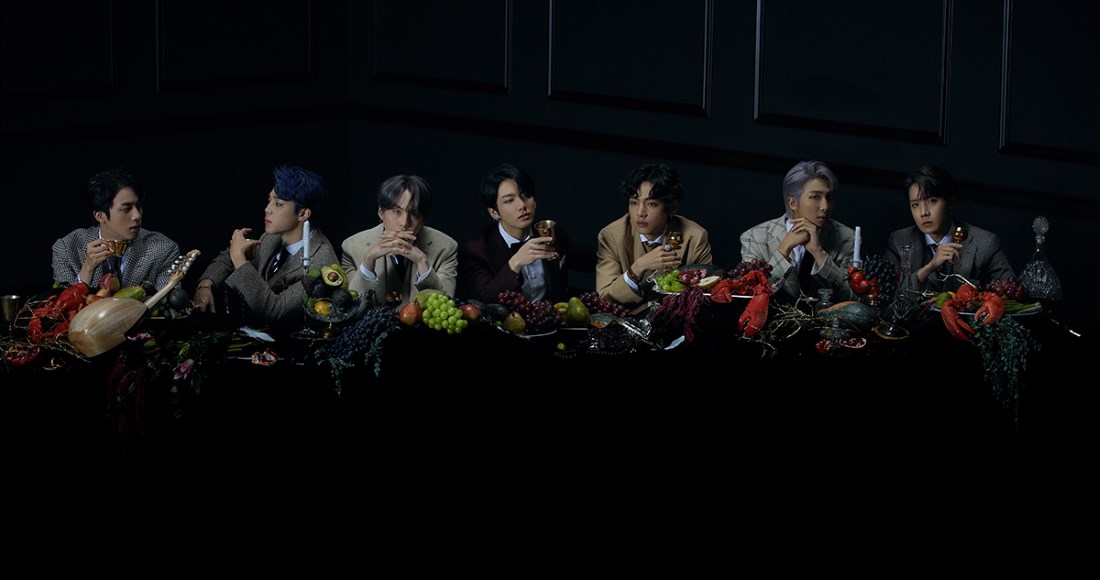 BTS are on track for their second UK Number 1 on the UK’s Official Albums Chart with Map Of The Soul: 7.

The K-pop band’s seventh studio album tops the UK’s midweek Official Albums Chart Update, outselling its three nearest competitors combined. Map Of The Soul: 7 is the best-selling album of the week so far on CD and download formats.

The best-selling vinyl record of the past three days is Ozzy Osbourne’s Ordinary Man. The rock legend’s twelfth studio album is new at Number 2 in today’s sales flash. Ordinary Man is on course to become Ozzy’s highest-charting album ever as a solo artist, surpassing the Number 7 high set by his 1980 debut Blizzard Of Oz. As part of Black Sabbath, Ozzy has claimed two chart-topping albums.

Following its release on vinyl, Stormzy’s Heavy is The Head is set for a Top 5 return (4). New entries aiming for the Top 10 include with Miss Anthropocene (6) by Canadian art pop singer Grimes and Man Alive (7) by post-punk singer King Krule, would be first Top 10s for both acts.

Danish folk singer Agnes Obel is heading for her highest chart placing to date with fourth album Myopia at 13, while Meet The Woo 2 by Pop Smoke could climb into the Top 20 for the first time following the US drill rapper’s death aged 20 last week. Selena Gomez’s latest album Rare could return to the Top 40 at 25 following the release of her new single Feel Me.

Finally four more new entries could claim a place in Friday’s final Official Albums Chart, all of whom are vying for their first UK Top 40 appearances. Swedish rock band H.E.A.T are at 27 with H.E.A.T II, Jazz guitarist Pat Methany is at 28 with From This Place, Saxon lead vocalist Biff Byford’s debut solo album School of Hard Knocks lands at 32, and UK country duo Ashton Lane are at 37 with Travelling Mercies.