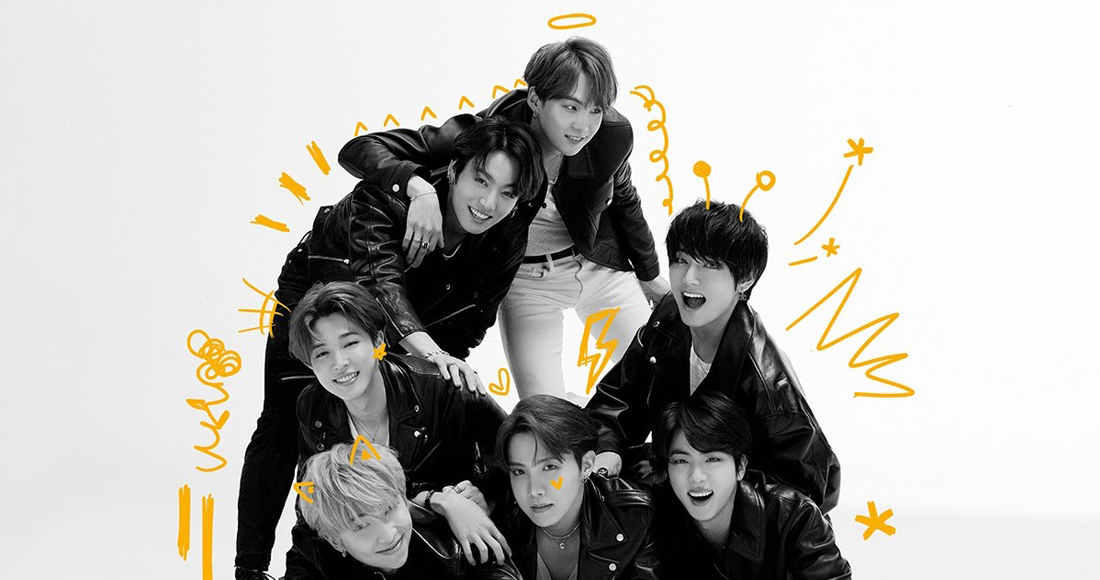 BTS’ new song Dynamite is off to an explosive start on this week’s Official Singles Chart, taking an early lead at Number 1 following its release last Friday (Aug. 21).

The track, which hears the group name-drop everyone from Lebron James to King Kong, is their first entirely English language single.

Dynamite notched up 1.7 million streams in its first 48 hours, and is currently 1,700 chart sales ahead of Joel Corry & MNEK’s five-week chart-topper Head & Heart. As things stand, Dynamite could be BTS’ first Official UK Number 1 single, or their first UK Top 10.

BTS have scored two chart-topping albums in the UK: Map Of The Soul: Persona made them the first Korean act to top the UK charts in April 2019, while Map Of The Soul: 7 hit the summit in February this year. View BTS’ Official UK Chart history in full here.

Meanwhile, British rapper Headie One could also be making his strongest chart debut yet this week with Ain’t It Different, currently at Number 4. The track features AJ Tracey and Stormzy and serves as the lead single from him upcoming debut album Edna.