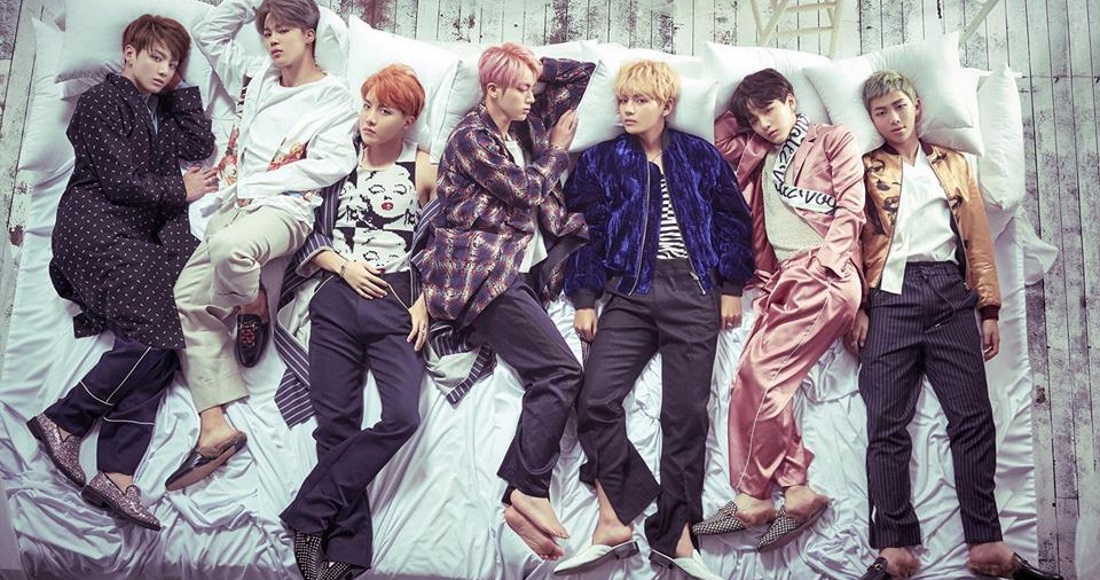 K-pop had another breakthrough moment in the UK last week as boyband BTS became the first Korean act to enter the Official Albums Chart.

The group, whose name is short for Bangtan Boys, landed at Number 62 on last Friday's albums chart (October 14) with their second collection Wings. Click here to see the full Top 100.

It's the latest in a string of K-pop firsts for the seven-member group, whose global fanbase has seen the album so far hit the Top 40 in Canada, Norway, New Zealand, Finland and in America where it reached Number 26 - the highest charting album on the Billboard 200 from a Korean act.

If you're not familiar with them, check out the video for the record's lead single Blood, Sweat & Tears below:

BTS, which is made up of members Jin, Suga, J-Hope, Rap Monster, Jimin, V and Jungkook, are huge in their native South Korea. The band first emerged in summer 2013 with their song No More Dream and have been building an international fanbase ever since, becoming (according to Forbes) the most retweeted act on Twitter in March this year.

Korean music has a limited history with the Official Charts. Back in 2012, Psy became the first Korean act to reach Number 1 on the Official Singles Chart with his global phenomenon Gangnam Style, logging one week at the top in September.

Are we on the cusp of a K-pop revolution in the UK? For some, it's been a long time coming...