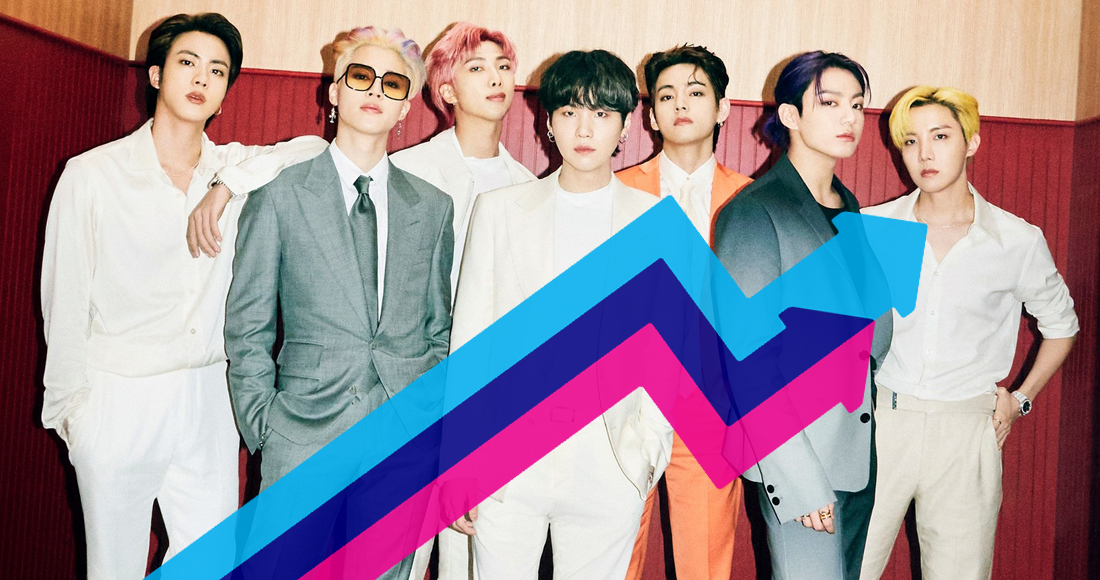 BTS land straight in at Number 1 on the UK's Official Trending Chart with their new single Butter.

The group's second track to feature entirely English language lyrics is proving to be a hit with UK fans as it eyes up a big debut on the Official Singles Chart, currently at Number 2 in the latest update. Butter is currently the most downloaded track of the week in the UK, and was streamed 2.6 million times across the weekend.

This is BTS' third track to claim the Trending Chart Number 1, following the debut of their first English language track Dynamite last Summer, and November's Life Goes On. Dynamite went on to spend 18 weeks in the Top 40.

Elsewhere, lots of brand-new singles are making an impact in the UK, including Heartbreak Anthem by Galantis, David Guetta and Little Mix, which is on course for Top 10 debut this Friday (May 28).

Highly anticipated Anne-Marie and Niall Horan collaboration Our Song is also off to a strong start, as is Mask - the second track from popular Minecraft YouTuber Dream.

Olivia Rodrigo also scores two entries on the latest trending Top 20 following the release of her debut album SOUR: recent single Deja Vu is set to break into the Top 10, while album track Traitor is also proving popular. Take a look at how SOUR is getting on in the Official Albums Chart update here.

Elsewhere, Years & Years' Starstruck is trending following a new version featuring Kylie Minogue, and Pink's All I Know So Far is climbing following the release of the singer's concert film and accompanying album of the same name.