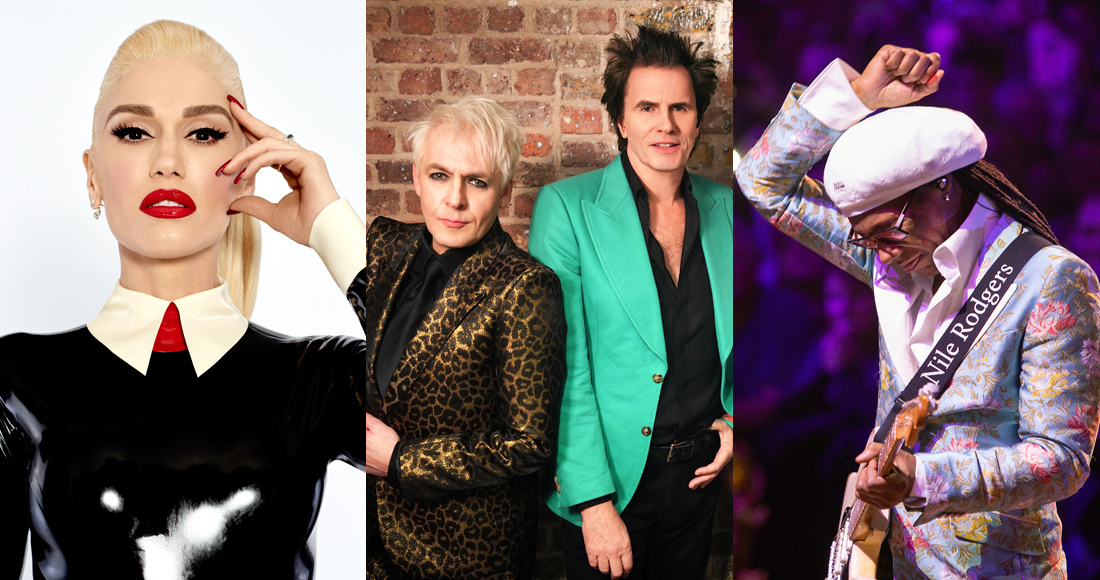 Duran Duran have been announced as the final headliners for this year's American Express presents BST Hyde Park 2020.

Duran Duran will be joined by US star and No Doubt frontwoman Gwen Stefani and Nile Rodgers & Chic on their date.

Simon Le Bon said: "I look at film of The Rolling Stones at Hyde Park back in '69 and think of all the great acts who've performed there since. It really is an honour to add the name Duran Duran to that roster, and to play our music at one of the world's greatest inner city locations at BST Hyde Park."

Gwen Stefani's appearance will be her only UK performance in 2020. She is currently touring across America and continues her Las Vegas residency Just A Girl - launched in 2018 - in May.

As well as a string of successful albums with No Doubt, Gwen has released four solo albums, including 2004's Love Angel Music Baby, which has racked up 1.09 million chart sales in the UK. View Gwen's Official UK Chart history so far.

Tickets, which start at £65 + booking fee, go on general sale from Friday, March 13 at 10am. American Express Cardmembers can get presale access from 10am Tuesday, March 10 until 9.30am Friday, March 13. Visit axs.com/bstamexpresale to book.