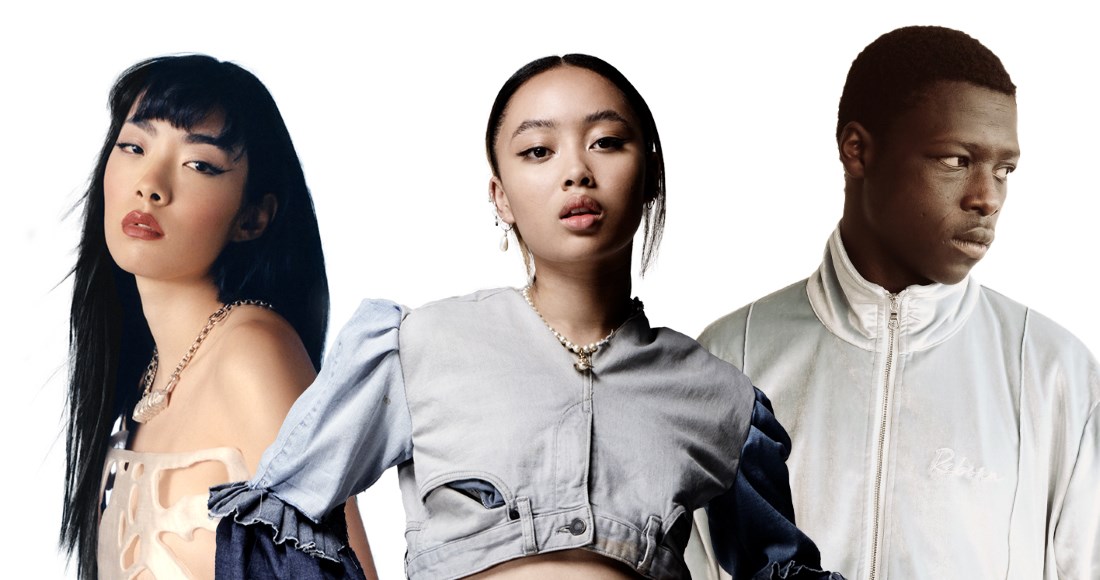 Rina Sawayama, Griff and Pa Salieu have been announced as nominees for the 2021 BRITs Rising Star Award.

The trio were selected by a panel of industry experts including press & online music editors, songwriters, producers and radio & TV heads of music for the award, which helped launch the careers of Adele, Sam Smith, Ellie Goulding, Florence and the Machine, Rag'n'Bone Man and 2020's recipient Celeste.

The award is open to British artists who are yet to enter the UK's Official Albums Chart Top 20, and have not scored more than Top 20 hit on the Official Singles Chart.

The winner of the 2021 BRITs Rising Star will be revealed on Friday March 19.

Perhaps the most conversation-starting nominee is Rina Sawayama, who up until last month was ineligible for the award. Despite having lived in the UK for over 25 years, Rina was born in Japan, and does not hold a British passport due to the country not allowing dual citizenship. The rules were changed in February following conversations Rina had with BRITs and Mercury Prize officials.

“I literally fell to the floor when I found out that I’d been nominated for Rising Star," Rina reacted. "I really can’t put into words how much this means to me given that I wasn’t eligible for this award a few weeks ago and now that door has been opened for future generations of artists like myself. Thank you so much to everyone who voted for me, it means the world."

Rina's critically-acclaimed debut album SAWAYAMA was released last April, spawned the singles XS, Comme Des Garcons and Lucid, and peaked at Number 8 on the Official Independent Albums Chart. We spoke to her last year about the making of the album on our livestream series The Record Club. Watch below:

No stranger to the Official Chart is the second nominee Griff, who was 'kinda terrified' to be following in the footsteps of the Rising Star's alumni of megastar acts.

Griff picked up her first Official Singles Chart Top 100 hit in November 2020 with Love Is A Compass, the soundtrack song to Disney's Christmas TV adverts. This year's youngest nominee, who is of Chinese and Jamaican descent, was also nominated for the Ivor Novello Rising Star Award last year.

"I never ever ever expected making beats in my music room after school could eventually lead to a BRIT nomination," the 20-year-old said. "Super lame but I remember after school, catching up on the BRITs and crying watching Stormzy perform. And I don’t think I really knew what that emotion was at the time but I think it was just an overwhelming sense of aspiration. So to be nominated for a BRIT award three years on is completely surreal!!!!”

Fellow nominee Pa Salieu has already enjoyed major award recognition so far in 2021; the rapper of Ghanaian heritage from Coventry won the BBC Sound of... 2021 poll.

His breakthrough single Frontline was BBC Radio 1Xtra's most played song of 2020, and he performed it when making his US TV debut on The Tonight Show Starring Jimmy Fallon. Pa Salieu's music been streamed more than 25 million times in the UK.

Salieu said of his nomination: “I am very grateful to be shortlisted for this BRIT award. Love & blessings every time! Thanks to everyone supporting my journey so far.”