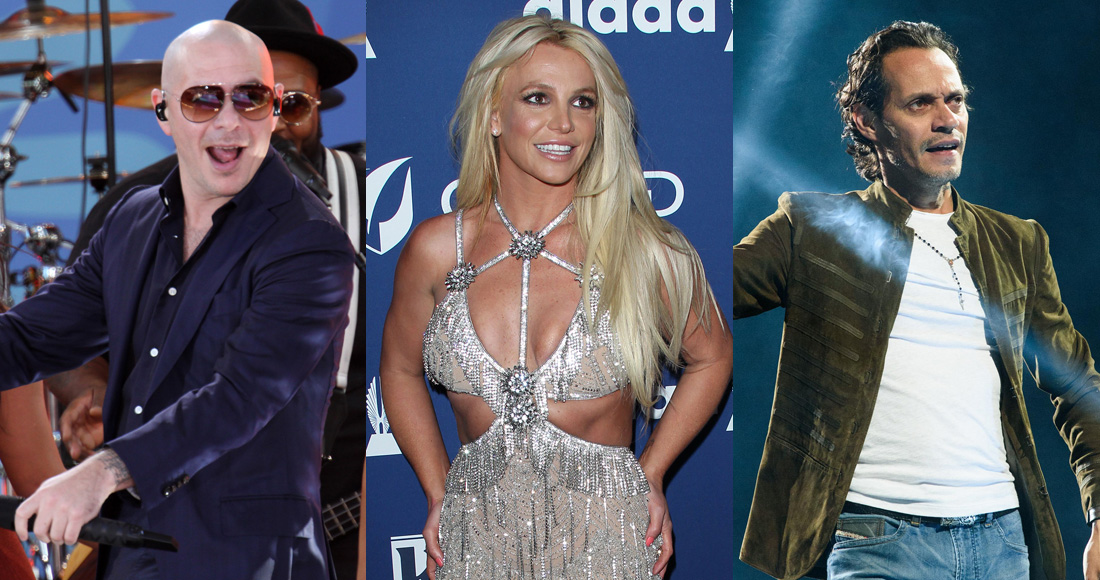 As Britney Spears and Pitbull gear up to tour Europe together this summer, Mr Worldwide himself has revealed the pair, along with Marc Anthony, have teamed up on a new track.

In an interview with US radio station KTU, Pitbull revealed the song's title as I Feel So Free With You.

"It came about because we started the Vegas show together," he said. "They happened to reach out and she said she was a fan of the Fireball record. We were trying to find a way to perform it together.

He then quipped: "We've got a record coming with Britney Spears, Marc Anthony and this guy named Pitbull, I don't know how it worked out. I call that volcanic." Watch the interview below:

Pitbull is supporting Britney's upcoming shows in Europe, including Brighton Pride on August 4 and a string of areas across the UK as well as dates in Norway, Germany, Sweden, Belgium and Dublin.