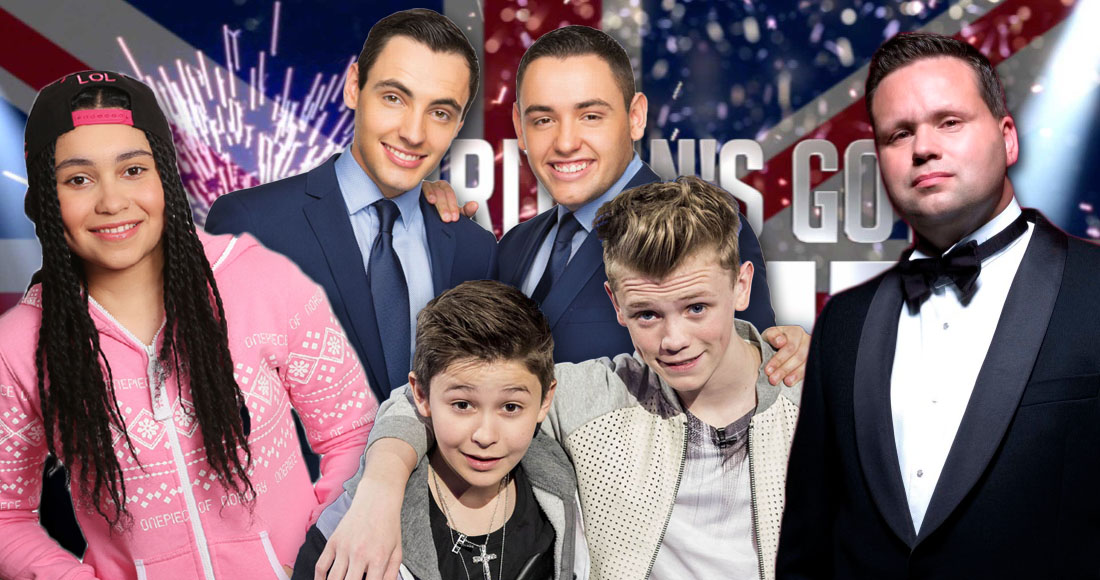 Given its focus on variety acts, stunts and comedy, Britain’s Got Talent doesn't have that many music stars who managed to make an impression on the charts, but it's still given us some huge and memorable acts.

This weekend sees the first Britain's Got Talent: The Champions, a new spinoff which brings back some of the show's biggest and brightest stars and also introduces the British public to impressive acts who did well on international versions of the show. To mark the occasion, we picked out a few of the musical acts from BGT history to see how things turned out for them.

Britain’s Got Talent got off to roaring start when shy and retiring store manager turned opera singer Paul Potts was crowned winner in 2007. Not only did he have a pretty impressive set of lungs, Potts had a so-perfect-you-couldn’t-make-it-up rags to riches backstory that was later turned into a hit film starring James Corden and Julie Walters!

Potts’ debut album hit Number 1 on the Official Albums Chart in July 2007, topped the charts across Europe and even made a dent in the US. Paul Potts has since notched up three more Top 40 albums in the UK and continues to have success all over the world today. See Paul Potts' complete Official UK Chart history

He will be returning to the BGT stage in The Champions – can he take it all the way again? Well, there's one perspon looking to settle an old score who might stand in his way…

Adorable six-year-old Connie stole the hearts of the judges and the nation with her toothless smile (her baby teeth had fallen out just before her audition. She was whisked to the final to give her rendition of Over the Rainbow, but lost out to Paul Potts in the final phone vote. Undeterred, Connie released her debut album that Christmas, going Top 40, and followed it with a festive album the year after.

Now she's a teenager, she's gained new fans uploading performances to YouTube and has sung all over the world. Plus, she is back for a rematch with Paul Potts – Connie is confirmed to take part in Britain's Got Talent: The Champions. 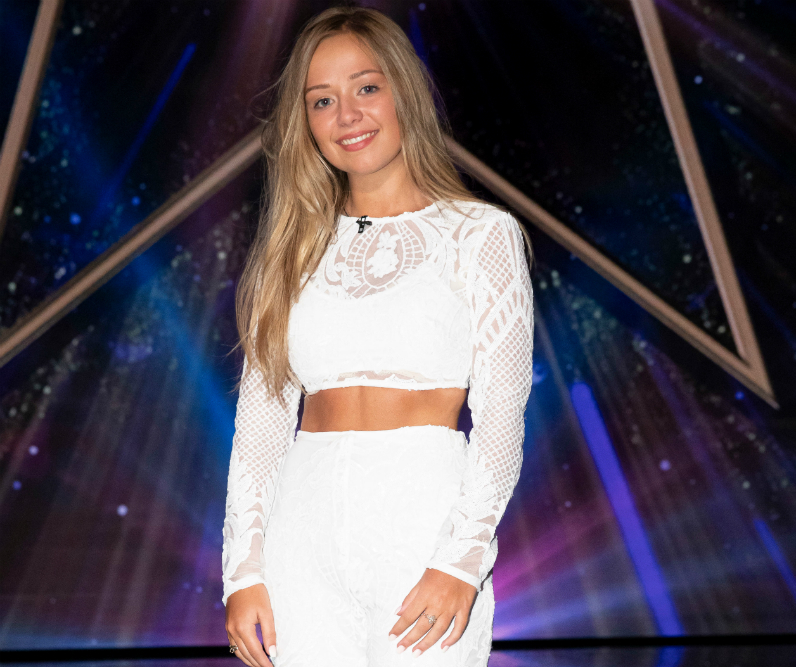 Connie's now grown up – and has a full set of teeth this time round. (Dymond/Thames/Syco/Shutterstock)

The all-female electronic string quartet reached the live finals in the 2008 series but failed to make the Top 3, pipped to a win by by George Sampson. The group released their self-titled debut album the following year, which peaked at Number 2 and spawned the Top 40 single Palladio, which they'd performed at their first audition.

The group are still going, although they've had a couple of lineup changes. They featured on Pink Floyd’s The Endless River album in 2014 and released another album in 2016. They still perform at events across the country. 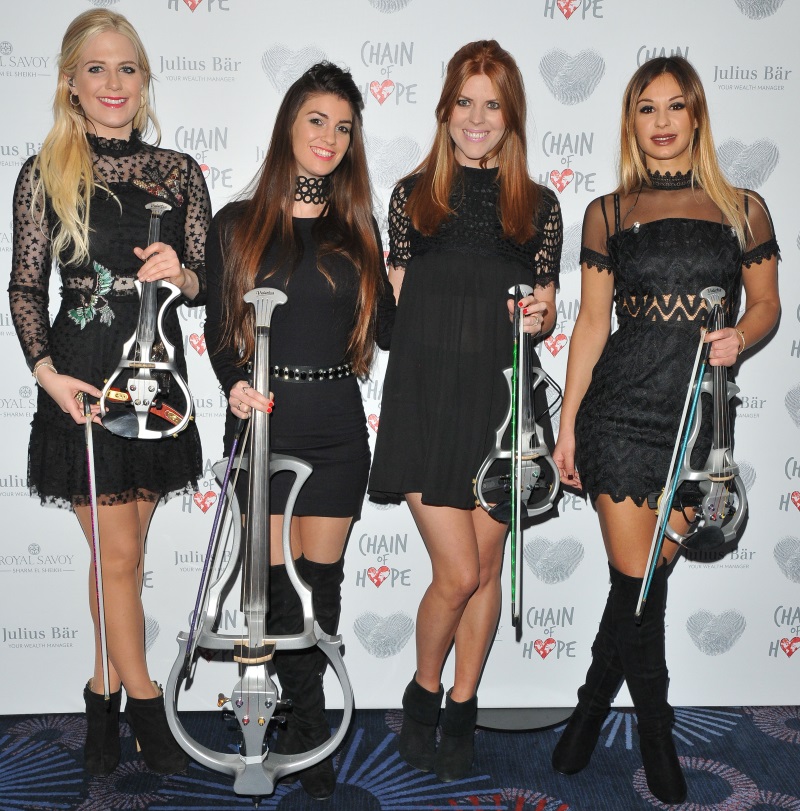 Susan Boyle became a global phenomenon after a moving first audition that stunned the audience and judges. Her rendition of I Dreamed A Dream, from hit musical Les Misérables, made her a runaway favourite with judges and viewers at home, and she seemingly had series three on lock. HOWEVER, she ultimately lost out to the the equally brilliant energetic dance troupe Diversity in the final. By this point, however, the SuBo train was unstoppable.

You can almost see the $$ signs in Cowell's eyes, can't you?

Her debut album I Dreamed A Dream was the biggest selling album of 2009 worldwide (shifting 8.3 million copies), and she’s notched up another fiveUK Top 10 records since, with two of those hitting Number 1. Save the occasional awkward moment (everyone remembers #Susanalbumparty, right?) she remains BGT’s most successful export. She took part in America's Got Talent: The Champions in 2019, but didn't finish in the top five. It's an outrage! 😢

After a notable absence of singers in series four – maybe nobody wanted to even try and fill SuBo's shoes – Scottish singer-songwriter Jai McDowall took the crown for the fifth series in 2011.

Jai released his debut album Believe in December that year, reaching Number 54 on the Official Albums Chart. Unsurprisingly, his time at Simon Cowell's Syco label was short-lived. He's now performing in Les Musicals, with former G4 frontman Jonathan Ansell, whuch is touring the UK and WILL be taking part in Britain's Got Talent: The Champions.

12-year-old Ronan Parke was the bookies’ favourite to win series five of BGT, but ultimately landed in second place.

Despite impressing the judges with a rendition of Feeling Good for his first audition, he released a spirited cover of Vanessa Carlton’s A Thousand Miles as the lead single from his self-titled debut album, which landed at Number 22. You can guess what happened next. Now 21, Ronan has starred in panto and still performs. He has released music digitally, most recently a Christmas single, Cheers, in 2018.

Jonathan & Charlotte’s first audition had a similar impact on the UK to Susan Boyle’s. The opera duo lost out to dancing dog act Ashleigh & Pudsey in the 2012 final, but they went on to release two Top 5 albums as a duo before splitting in 2014 after being offered solo deals. Jonathan scored a Top 20 record that year, and he continues to be very successful in the classical world. Go Jonathan!

The moment Jonathan & Charlotte lost to a dog.

London lads Eddie, Sonny and Te - aka The Loveable Rogues - finished a respectable fourth and landed a deal with Syco Records, which resulted in a Top 10 single called What A Night. They followed it up a year later with their album This And That, which managed a Number 37 peak without any backing from Syco – pretty admirable when you consider the chart performance of some actual winners.

Ryan was the Irish singer-songwriter who had previously entered The Voice of Ireland. A quick peek into our database reveals he scored a Top 10 album and Top 40 hit after appearing in the 2012 series. The single was his audition song, a self-penned track called No Name about an unrequited crush. Aww…

Another successful opera act, Welsh brothers Richard & Adam impressed the judges with their performance of The Impossible Dream for their first audition, and after finishing third place, promptly released their debut album of the same. 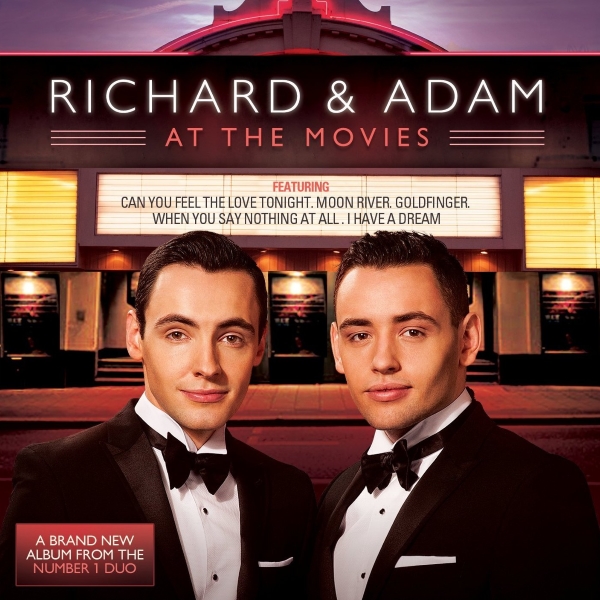 Richard & Adam get rather dressed up for the cinema, don't they?

The record topped the Official Albums Chart for four weeks, and the pair have since scored another two Top 10 albums. This autumn they'll tour the UK with their The Greatest Songman show, and will also be appearing on BGT: The Champions.

Pianist and singer-songwriter Gabz released her self-penned song Lighters (The One) – the song she first auditioned with - after making the 2012 final. The track peaked at 6, though it was her only release through Sony.

Since then she's released a handful songs independently, and since 2018 has appeared in the BBC talent show All Together Now, as one of the 100 judges alongside Geri Halliwell! 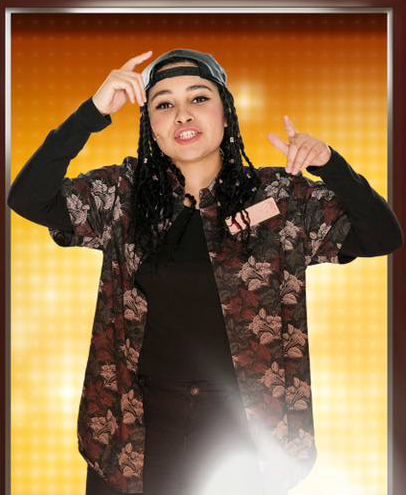 Gabz on All Together Now (BBC/Facebook)

Collabro formed only a month before auditioning for the show, but their performance of Stars from the musical Les Miserables received a standing ovation from the Cowell & co in the 2014 series.

After beating opera singer Lucy Kay in the final, they topped the chart shortly after with their debut album called – you’ve guessed it – Stars, and follow-up Act 2 peaked at Number 2 last year. They're still going strong and have landed two more Top 40 albums, plus they'e toured with Barry Manilow and are currently on a nationwide tour of their own! Oh, and they're now a member down after Richard Hadfield decided to call it quits.

Remember these two? Singing/rapping duo Bars & Melody took BGT by storm when they performed a song based on Twista and Faith Evans’ Hope, replacing the original verses with anti-bullying lyrics. 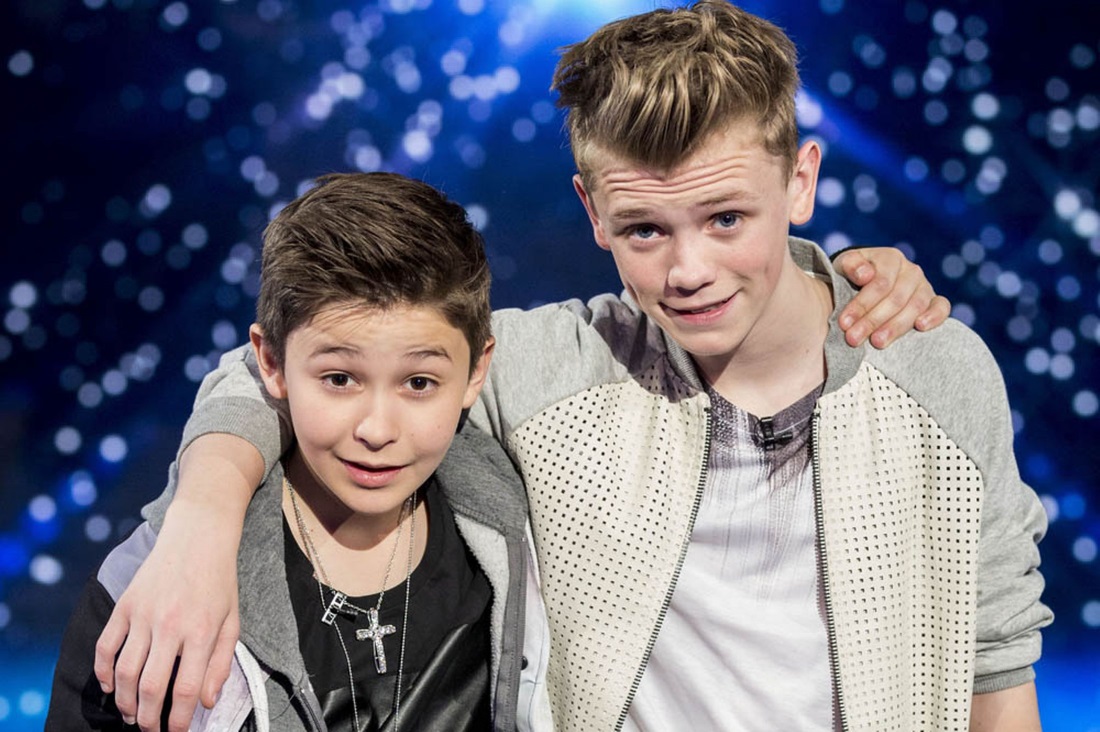 In the end they finished third, but were swiftly snapped up by Cowell’s record label for a one single deal and put out Hope, renamed Hopeful for its single release. They later put out their album 143 independently, which reached a very respectable Number 4. The duo will be returnign to the BGT stage in The Champions! 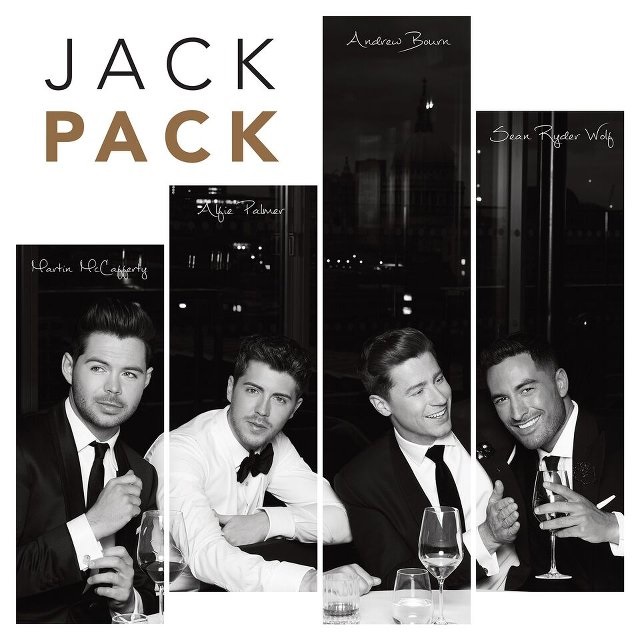 The four-piece rat pack group made the final of the 2012 series and signed a deal with Syco shortly afterwards, though not before replacing member Adam Diplock with Martin McCafferty (fun fact: Adam made The X Factor finals as part of boyband Futureproof). Their eponymous debut landed inside the Official Albums Chart Top 10 and they toured across the UK.

Singer-songwriter Calum made it to the final of the 2015, but unlike most BGT contestants, wasn't snapped up by Cowell's record label. Instead, he released a cover of Robyn's Dancing On My Own - his audition song - independently.

It had a slow start on the Official Chart, but it eventually peaked at Number 2 after a 16-week climb up the Top 40 and went on to become one of the biggest songs of 2016. Calum's debut album Only Human peaked at 4 in 2018.

2017's winner Tokio Myers scored a Top 5 album with his debut Our Generation, and also featured on the charity single released in aid of those affected by the Grenfell Tower fire, Bridge Over Troubled Water, which went to Number 1. Tokio has had a taste of The Champions experience himself – he appeared in the America's Got Talent version in 2019, but didn't make the final.