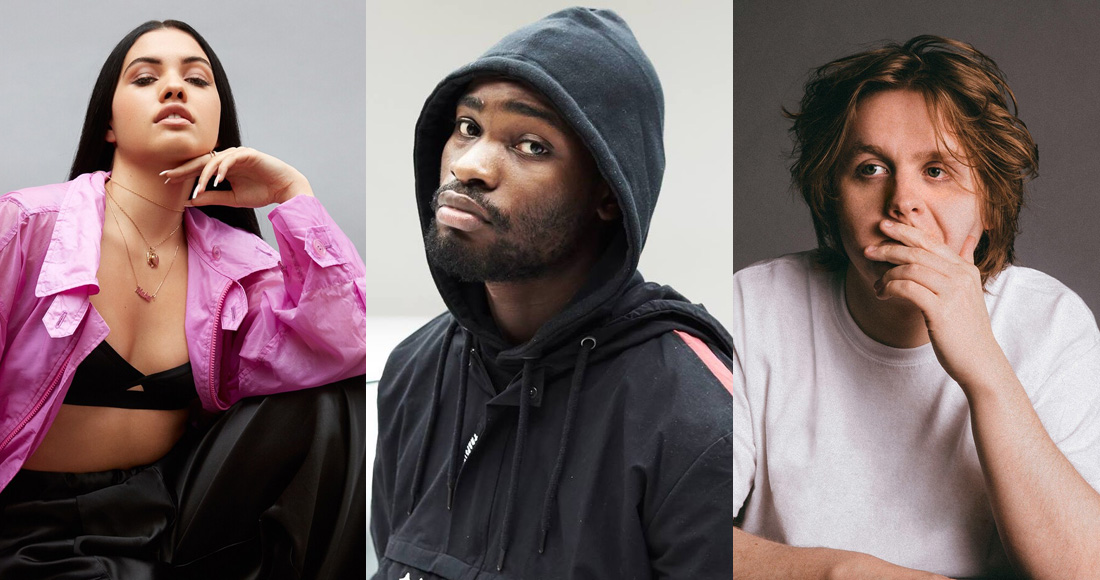 The nominations for the 2020 BRIT Awards have been announced, with Lewis Capaldi and Dave leading the way as the most nominated artists.

London rapper Dave and Scottish singer-songwriter Lewis will compete for prizes in the same four categories – Album of the Year, British male, Best New Artist and Song of the Year.

While Dave won last year's Merucry Prize for his Number 1 debut album Psychodrama, Lewis scored the year's best-selling album with his chart-topping collection Divinely Uninspired To A Hellish Extent. Lewis also topped the Official Singles Chart with Someone You Loved and scored a string of Top 10 hits including Bruises, Grace and Before You Go. View Lewis's Official Chart history in full.

The both face strong competition on the Album of the Year category, where they will go up against Stormzy, Harry Styles and Michael Kiwanuka. Stormzy is shortlisted for three awards in total, including Song of the Year with Vossi Bop, where he will compete against tracks by Ed Sheeran & Justin Bieber, Sam Smith & Normani, Mark Ronson ft. Miley Cyrus, Calvin Harris & Rag'n'Bone Man, Tom Walker, Dave ft Burna Boy, Mabel, Lewis Capaldi and AJ Tracey.

Several acts pick up their first ever BRIT nomination this year, including Lizzo and Billie Eilish, who are up for the International Female Solo Artist award alongside Ariana Grande, Lana Del Rey and Camilla Cabello.

The BRIT Awards 2020 with Mastercard take place Tuesday February 18 at The O2 Arena in London, broadcast exclusively on ITV and hosted by Jack Whitehall.

The 2020 Brit award nominees in full