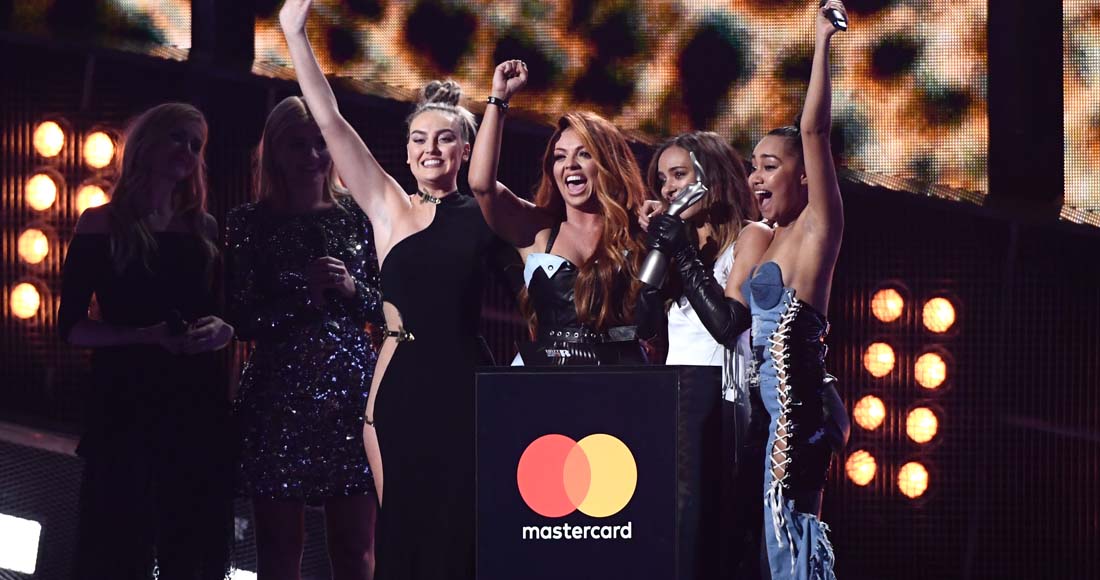 Little Mix and The 1975 were among the big winners at this year's BRIT Awards.

The girl group won the prize for Best Single - as voted for by the public -while The 1975 won Best Group.

Two gongs were also awarded to David Bowie, for Best Male and Best Album, for his final record Blackstar. Bowie's son Duncan Jones, who picked up the award, said: “I lost my dad last year but I also became a dad. I was spending a lot of time, after getting over the shock, trying to work out what I would want my son to know about his grandad.

QUIZ: How well do you remember these BRIT Awards moments?

This year's performances included a surprise collaboration between The Chainsmokers and Coldplay, who took to the stage to perform their new single Something Just Like This. There was also another epic BRITs duet from Ed Sheeran and Stormzy, who took on a new remixed version of Shape of You.

Elsewhere Katy Perry was joined on stage by Skip Marley for a rendition of their Top 10 single Chained to the Rhythm and Robbie Williams closed the show was a medley of singles from his new album The Heavy Entertainment Show, including the new single Mixed Signals written by The Killers.

George Michael was also honoured by Chris Martin, who paid tribute to the late legend with a cover of George's 1986 Number 1 single A Different Corner.

This year's winners and nominees join a rich history book of talented artists who have taken home BRITs since 1977. Click here to look back at every BRIT recipient and those who just missed out from the last decade.

MORE: Which BRITs Critics Choice winner has the fastest-selling album?

The complete list of BRIT Awards 2017 winners and nominees

MORE: Who would have won the BRITs should they have been based on sales alone?

MASTERCARD BRITISH ALBUM OF THE YEAR

BRITISH ARTIST VIDEO OF THE YEAR