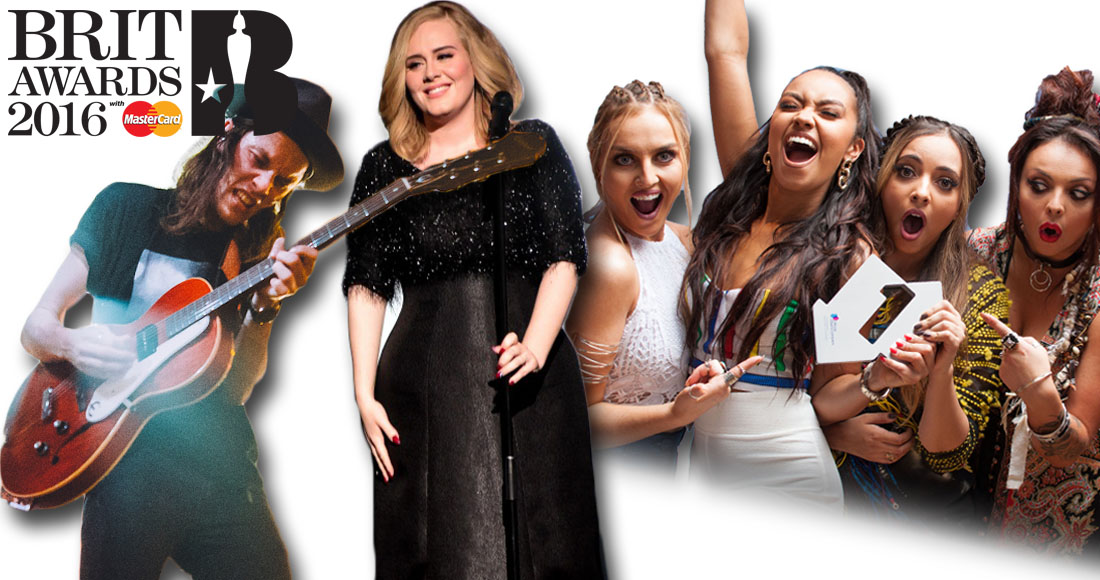 Adele, James Bay and Years and Years lead the way in the nominations for the 2016 BRIT Awards, picking up four nominations apiece ahead of this year's ceremony.

Adele, who returned to music in spectacular fashion last November with her third album 25, is up for British Female Solo Artist (where she'll go up against the likes of Amy Winehouse and Florence + The Machine), as well as British Single and British Video for Hello.

The superstar also received a nod for the coveted Album Of The Year prize for 25, where she will go up against Coldplay's A Head Full Of Dreams, Florence + The Machine's How Big, How Blue..., James Bay's Chaos And The Calm, and Jamie XX's In Colour.

Meanwhile, James is up for British Male, Breakthrough, Single and Album awards. His debut LP, Chaos And The Calm, was one of the ten biggest albums of 2015 (check out the full list here).

Jess Glynne and Calvin Harris each pick up three nominations, including British Single for Calvin's How Deep Is Your Love and Jess's Hold My Hand.

Other notable nominees include Little Mix, who are up for British Single and Video for Black Magic. The last girl group to win a BRIT was Girls Aloud, picked up the British Single prize in 2009.

One winner has already been announced: the Critics' Choice prize, which went to Jack Garratt last year.

See the full list of nominees for the 2016 BRIT Awards below:

GLOBAL SUCCESS AWARD
Identified by the global sales success of British Acts of their latest project/album. Sales achieved in the period 1st January 2015 to 31st December2015 will be counted.

MASTERCARD BRITISH ALBUM OF THE YEAR
Adele - 25
Coldplay - Head Full of Dreams
Florence + the Machine - How Big, How Blue, How Beautiful
James Bay - Chaos and the Calm
Jamie XX - In Colour