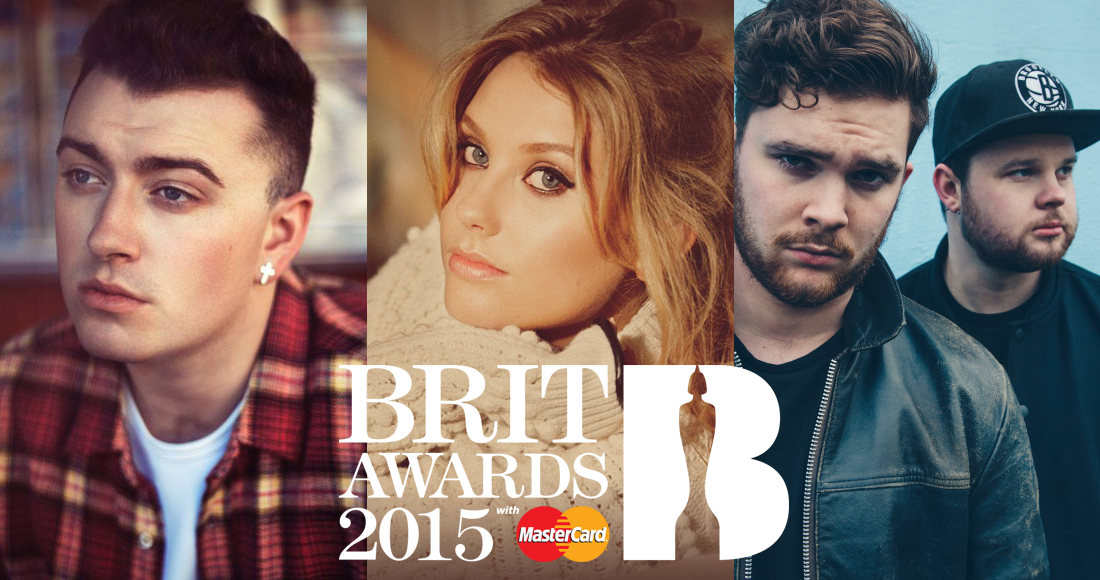 The BRIT Awards are back! This evening at London’s O2 Arena, the big winners will finally be revealed. Anyone going home with a BRIT has been selected by music industry experts from the 1,000-strong BRITs Voting Academy, along with votes from the fans, too, in some categories.

But… if tonight’s awards were given out in reflection of who had sold the most albums since last year’s BRIT Awards, who’d be clearing a space in their trophy cupboard for 2015’s elegant Tracey-Emin designed statuette? We’ve been looking through the data and can reveal all, plus we take a look at who’s gained the most since nominations were announced.

Mastercard British Album Of The Year

Five acclaimed albums from five acts who have all had a fantastic year. This one’s all about the three male solo star nominees this year – if the award were decided on sales alone, they’d be the Top 3.

But who finishes out in front? It’s Ed Sheeran, of course. In the period since the last BRIT Awards in February 2014, Ed’s second album x has racked up over 1.9 million sales. So if the awards go with copies sold this year, it’s Ed’s for the taking!

2014 was Ella Henderson’s breakthrough year thanks to the huge BRIT-nominated Number 1 Ghost, and Lily Allen made a triumphant return with album Sheezus, but when it comes to numbers, Paloma Faith takes the prize.

Paloma has sold over 725,000 albums in the last year, giving her the advantage over her fellow nominees. Will the award also go her way? 45,000 of Paloma’s sales have been in the last few weeks since her nomination was revealed.

Mastercard British Album Of The Year Ed, Sam and George battle it out once more, this time alongside Paolo Nutini and Damon Albarn.

Ed Sheeran is proving to be pretty unstoppable this year when it comes to sales – in the last year, Ed has sold over two million albums, meaning that a sales-based voting system would see Ed walk away with this one.

Since nominations were announced, Ed and Sam have both sold over 100,000 albums, with Ed finishing around 20,000 copies ahead of Sam.

With over 1.4 million albums sold since last year's BRIT Awards, which saw him honoured as Critics' Choice, Sam Smith would be looking at another statuette for his collection if sales were the decider.

Some serious rock heavyweights in this category, but there can be only one winner. While Coldplay made a massive return, they can only look on as One Direction narrowly outpace them when it comes to album sales.

Zayn, Harry, Liam, Niall and Louis have sold over 795,000 albums in the last year, which would make them the winners in our ‘reimagining’ of the BRITs. They’ve sold the most in the period since nominations were announced too, although Royal Blood weren’t too far behind…

Beck was a controversial winner at the recent Grammy Awards in the US, and Irish star Hozier’s career has got off to a fantastic start. John Legend scored a million-selling single with All Of Me, and Pharrell nabbed a third million-seller with Happy.

But if we’re just looking at albums, who’d be unfurling their acceptance speech? John Legend would just edge it – he’s sold 350,000 albums since the last BRIT Awards, 30,000 more than Pharrell.

Interestingly, if we look at how many albums acts have sold since the nominations were announced, Hozier’s sold the most. Is this a sign that he’ll be walking away with the Award?

They celebrated their 20th anniversary last year but show no signs of slowing down, and quite right too. Foo Fighters would be the comfortable winners if this category were awarded on album sales alone.

Looking at albums sales since nominations were revealed in January, it’s actually First Aid Kit who lead the way – will this be reflected on the night?

Bey’s last album was a big one, but released just before last year’s BRITs, meaning those sales don’t count. It’s between Lana Del Rey and Taylor Swift in the Top 2, and Swifty comfortably wins in the sales’ stakes.

Five big songs and popular videos, and all but one of them has topped the Official Singles Chart. Who wins this one is down to the public vote, but when it comes to sales, you can’t argue with a million-seller.

Mark Ronson & Bruno Mars’ huge Number 1 Uptown Funk is the only song in the list to do the big one, meaning that a sales-based award would be going their way. But will it be the same on the big night? Looks like you’ll have to “just watch!” and see!

Four of the finalists for the British Single Award are also honoured in the British Video category, including ‘sales winner’ Mark Ronson – can he convert that victory into a double here?

Mark may have sold a million, but there’s another nominee who’s also in the million sellers’ club, and, for now, is out in front. Clean Bandit’s Rather Be, which was Number 1 for four weeks in early 2014, has sold over 1.1 million copies in total since its release. So, if we’re looking at total sales, victory is theirs.

However, if we stuck to the system that says only sales since the last BRITs can count – and we do like a chart rule, as everybody knows – victory would belong to Mark.

Looking at sales since nominations were revealed, it’s another win for Mr. Ronson, with over 565,000 copies sold. His nearest rival Ed Sheeran did over 205,000 in the same period of time, but just couldn’t catch up!

So that’s your stats, but who are you backing to bag a BRIT Award tonight?