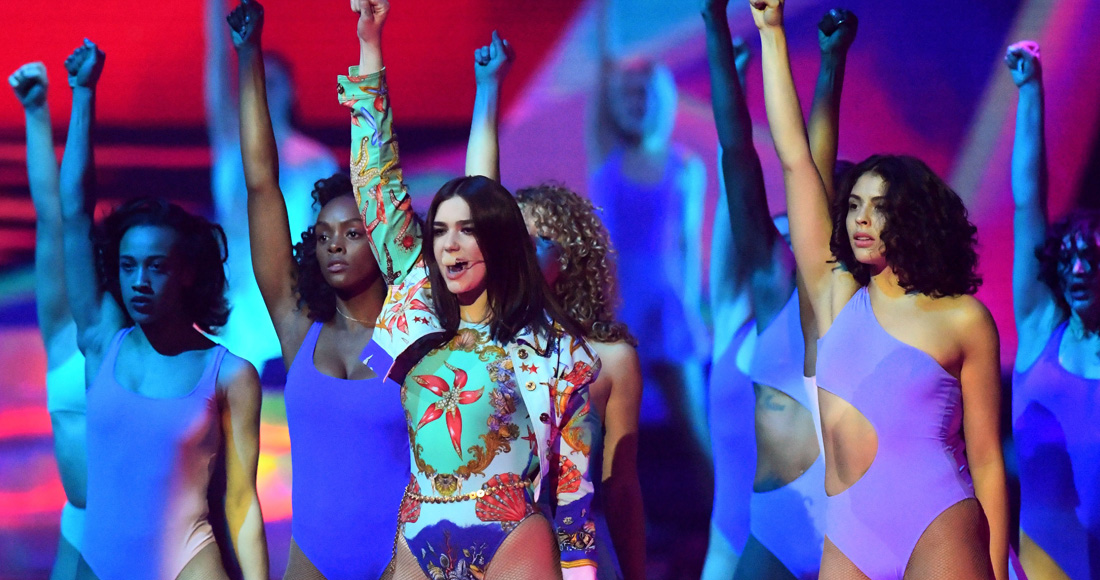 Winners from this week’s BRIT Awards are enjoying a big boost on the latest Official Albums Chart.

Dua Lipa, who was awarded Best British Female and Best Breakthrough at Wednesday’s ceremony (Feb 21), sees her self-titled debut climb eight places to a new peak of Number 3. The collection had previously peaked at Number 5 when it was released last June.

Rag’n’Bone Man, who picked up Best Single for Human, sees his album of the same name rebound eight spots to Number 4, while Stormzy, who won Best British Male and the Album of the Year award, sees his debut Gang Signs & Prayer zoom 31 places to Number 10 – a week-on-week sales uplift of 89% and its first appearance in the Top 10 for almost a year.

Meanwhile, The Greatest Showman soundtrack leads the Official Albums Chart for a seventh week, and Camila Cabello’s Camila climbs nine places to Number 5 following a string of television appearances in the UK over the past week.

The week’s highest new entry goes to blues rock band The Temperance Movement, whose their third album A Deeper Cut opens at Number 6, and Scottish rockers Belle & Sebastian land at 28 with their latest collection How To Solve Our Human Problems.

Finally, as Arctic Monkeys fans anticipate their new album, the band’s 2013 record AM jumps 24 places to 37 – its first Top 40 appearance since January 2015.