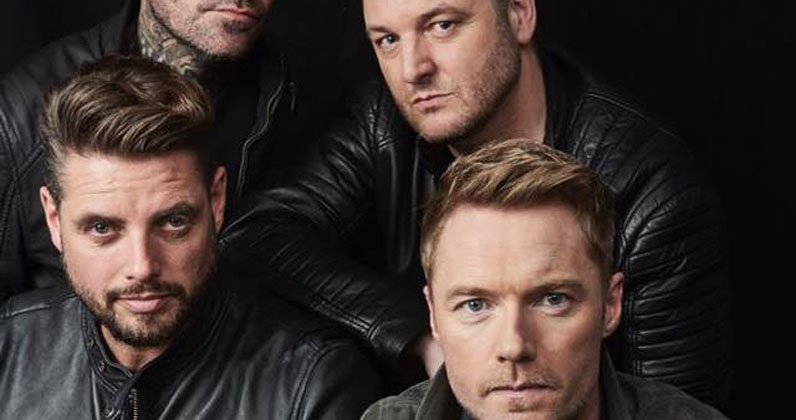 Boyzone are coming back no matter what (geddit?) to celebrate their 25th anniversary next year.

Ronan, Shane, Michael and Kieth posted a new group shot online to announce plans for an arena tour to mark 25 years of the band in 2018.

And as if that wasn't enough, they've also teased the possibility of new music - though it's unclear as yet whether that'll be a new album or a couple of songs added to a greatest hits release.

2018 will see Boyzone celebrate their 25th anniversary! That's something that Ronan, Keith, Mikey & Shane are incredibly proud of. Plans are being hatched for new music and lots of touring throughout the year. But next year still seems a long way off so in case you can't wait, the Boyz are hitting the road for some exclusive UK shows later this summer. Dates and ticketing details will be announced here soon... #boyzone2017

Ahead of the big anniversary tour, Boyzone will play a handful of shows this summer, the first of which has been announced as the Royal Windsor Racecourse on August 26.

The group released an album called BZ 20 to mark - you've guessed it - their 20th anniversary in 2013, while their Motown covers album Dublin To Detroit topped out at Number 14 in 2014.