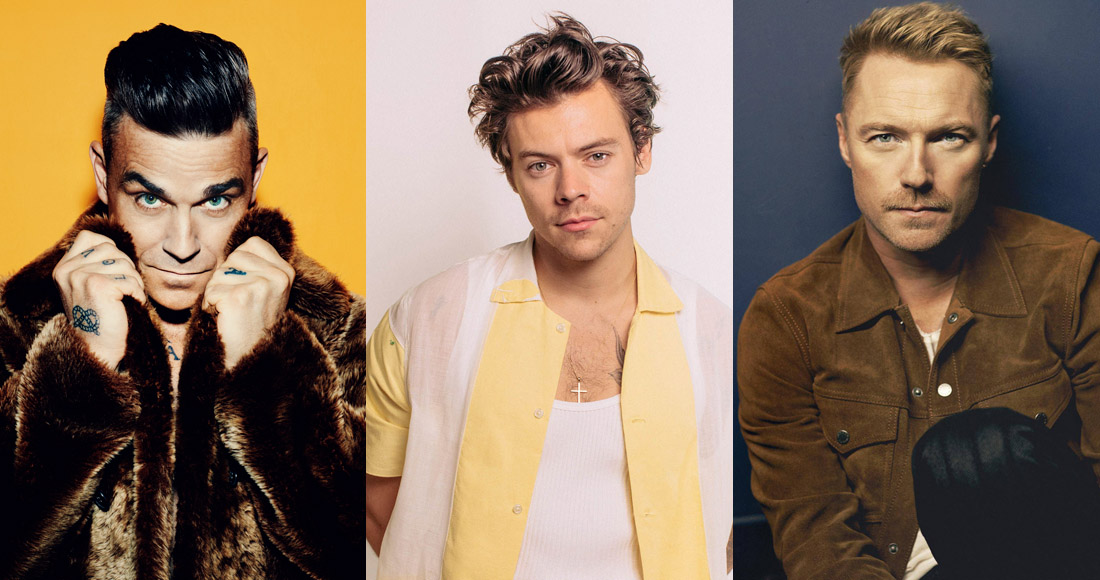 Boybands, are really not built, or even meant, to last forever.

Nevertheless, there's always a thrill when a member of an established band breaks away into a solo career - sometimes amidst a flurry of high-drama.

But for Luke Hemmings, the lead vocalist of Australian pop-rock band 5 Seconds of Summer who releases his debut solo album this week, the circumstances around his new solo career seem less dramatic, given that the band is not splitting up nor has any plans to.

In case for Luke's solo record, titled When Facing The Things We Turn Away From, the album is the result of writing and recording material by himself during the several lockdowns over the past 18 months.

As a member of 5 Seconds of Summer, Luke Hemmings has so far racked up a Number 1 hit and a further four Top 10 singles. Now heading out on his own, Luke is dipping his toe into more ambient territory compared the group's bombastic pop-rock. Lead single Starting Line sounds heavily inspired by the likes of Arcade Fire and Bruce Springsteen, while Luke has said further material in his solo record has been influenced by M-83 and Joni Mitchell, which will make for an eclectic listen for sure.

But how have other boyband members-turned-solo artists fared?

One of the most recent boyband-turned-solo successes, Harry Styles has made the leap from One Direction hearthrob to critical darling to one of the biggest male pop stars in the world look remarkably easy.

He got off to the good start with the Bowie-esque drama of debut single Sign of the Times, which hit Number 1 in the UK, but it was his second record Fine Line that really saw Harry go stratospheric. Containing three UK Top 10s including the effervescent Adore You and the cheeky Watermelon Sugar (his first US Number 1), it may not have hit Number 1 on the Official Albums Chart, but it has helped make Harry one of the richest musicians in the UK. Don't worry, though, he may also be starring in films now, but new music is apparently on the way soon.

Zayn’s exit from One Direction recalls two similarly dramatic group departures in recent pop music history: Robbie Williams leaving Take That and Geri Halliwell from the Spice Girls. Like those before him, Zayn waved goodbye to his bandmates whilst still at their peak, sending shockwaves across the planet and throwing the future of the group into doubt.

His first single after leaving the group, Pillowtalk, was an instant gratification of a hip-hop influenced pop track, which debuted at Number 1 in both the US and the UK. Zayn has since released three solo albums, including 2016's Number 1 LP Mind of Mine, 2018's Icarus Falls and his most recent collection, this year's Nobody Is Listening, which hit Number 13 on the Official Albums Chart.

Robbie Williams' jump from Take That to superstardom was chaotic to say the least, but it also engineered an enviable legacy of hits.

Justified (sorry) in following a solo career after his years with *NSync, Justin Timberlake's time as a pop star has seen him shift through several musical identities; from the sex-fuelled dance-pop of FutureSex/LoveSounds in 2007 to the more mature Mirrors in 2013 and 2018's country-influenced album Man Of The Woods.

To date, Justin has scored four UK Number 1 singles and three UK Number 1 albums. He was last seen featuring with SZA on the disco-pop single Other Side, which just missed the UK Top 40.

Can you call a band of five brothers a boyband? Why not, eh? Michael Jackson was always destined for greatness and he flirted with a solo career while still a part of the Jackson 5 (later to become The Jacksons when they secured a new record deal).

It was 1979 album Off The Wall that really introduced the idea of Michael being a megastar in his own right and until his death thirty years later, he racked up 40 Top 10s of his own, of which seven went all the way to Number 1.

After six Number 1s with Boyzone, Ronan Keating decided he needed a little more room on stage, thank you very much, and launched his solo career with When You Say Nothing At All, a cover of an old US country hit. It would be the first of three chart-toppers for Ronan, and he’d take four albums to Number 1 too.

Despite Boyzone reuniting for a farewell album in 2018, Ronan has also continued his solo endeavors. His most recent record, Twenty Twenty, reached Number 2 on the Official Albums Chart last year, his ninth Top 10 album.

His breakout hit, Jealous, was a Number 2 hit for him in 2015, becoming his first and so-far only Top 10 single. That was taken from his second self-titled solo album in 2015. He followed that up with 2016's Last Year Was Complicated (Number 25) before reuniting with the Jonas Brothers, proving you can always go home again. This year he released his fourth solo effort, Spaceman, which was recorded during coronavirus lockdowns with hitmaker Greg Kurstin and includes the criminally overlooked This Is Heaven.

Sometimes it’s no surprise when a boyband bloke strikes out on his own and while we loved Wham! together, it did feel like George Michael was on the cusp of something big just as soon as he'd dare go solo.

And he finally dared in 1984 with Careless Whisper, while the band was still together. George finally called it a day with Wham! in 1986, after scoring another solo chart-topper with A Different Corner.

He landed seven Number 1s all of his own, and has topped the Official Albums Chart seven times too – only one solo album missed the summit. See George's impressive chart record for yourself.

A final, honourable mention must go out to Niall Horan - the third member from One Direction on this list but one who, despite maybe being eclipsed at various points by Harry and Zayn, really is putting in the work.

He's clinched two UK Top 10 singles with This Town and Slow Hands and earned his first UK Number 1 album with 2020's Heartbreak Weather. His most recent success is Top 20 hit Our Song, a duet with Anne-Marie.