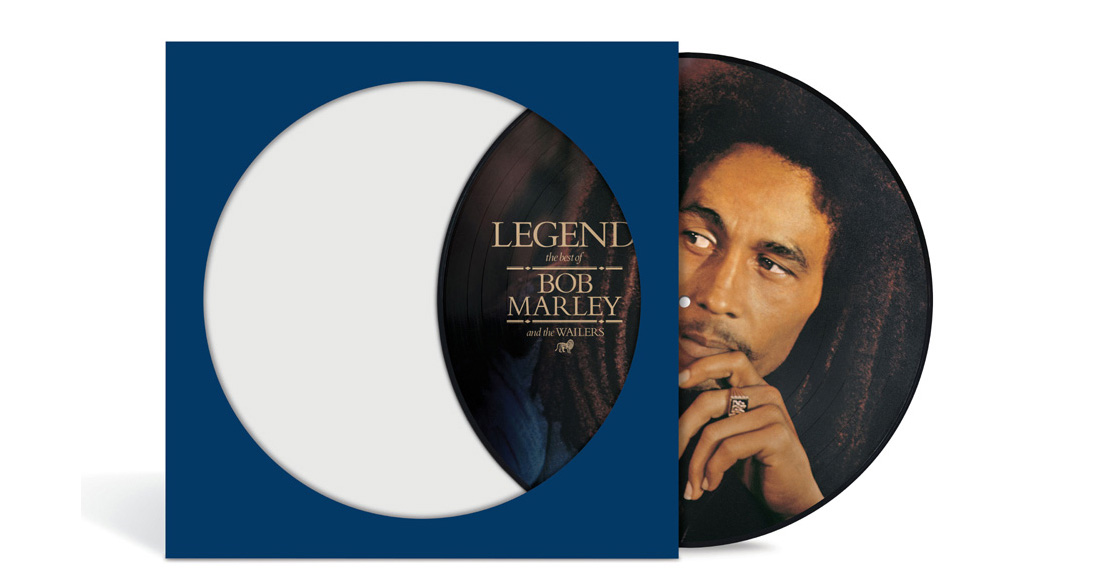 Bob Marley & The Wailers' Legend album - one of the UK's best-selling records of all time - is getting released on picture disc vinyl for the first time.

The limited edition picture disc featuring the iconic cover will be available from July 24. The record is backed with a previously unseen image of Bob. The album will also come with a free Legend artwork print from participating independent record shops.

The special release is part of the ongoing celebration of what would have been Bob's 75th birthday, which fell in February this year.

Legend was first released in May 1984 and is the best-selling reggae album of all-time, with an estimated 33 million copies sold globally.

In the UK, Legend has been certified 12× Platinum, and is the country’s 16th best-selling album of all time, with sales approaching 4 million.

The album debuted at Number 1 on the Official Albums Chart and spent 12 consecutive weeks at the summit. It still regularly appears in the Top 40; at the time of writing it sits at Number 13 for its 930th week inside the Top 100.

Look back through the UK's biggest album of every year since 1956 below: