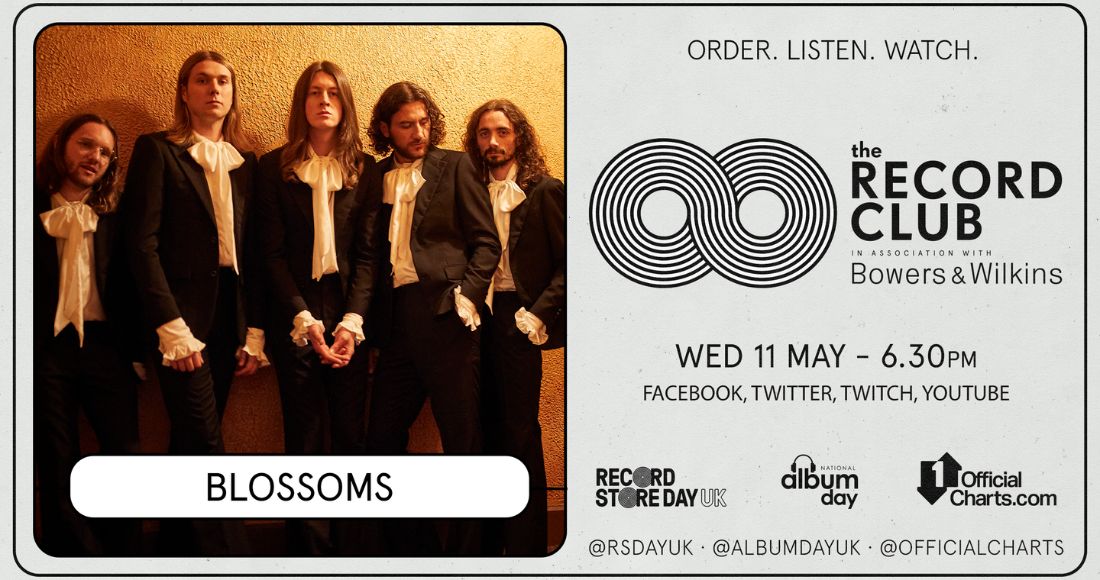 Blossoms have been announced as the guests on the next episode of The Record Club with Bowers & Wilkins.

Be sure to tune in across The Record Club, Record Store Day and Official Charts social media channels at 6.30pm next Wednesday May 11 to hear the Stockport alt-rock quintet discuss their fourth album Ribbon Around The Bomb with Jess Iszatt.

It's currently a very exciting time for Tom, Charlie, Josh, Joe and Myles as Ribbon Around The Bomb is currently leading the race to top the Official Albums Chart this week. Will the Blossoms boys be celebrating a third Number 1 album on The Record Club? Stay tuned to find out.

The boys have previously topped the Official Albums Chart twice - with their 2016 self-titled debut and 2020's Foolish Loving Spaces. Ribbon Around The Bomb has so far seen across the board critical acclaim, with many commentators noticing that the LP is something of a coming-of-age moment for the band - a record that is both deeply ambitious and introspective too.

Set a reminder for The Record Club with Blossoms

Fans are encouraged to order a physical copy of the album from their local record shop, give it a spin and tune in live on the night with their questions for the band.