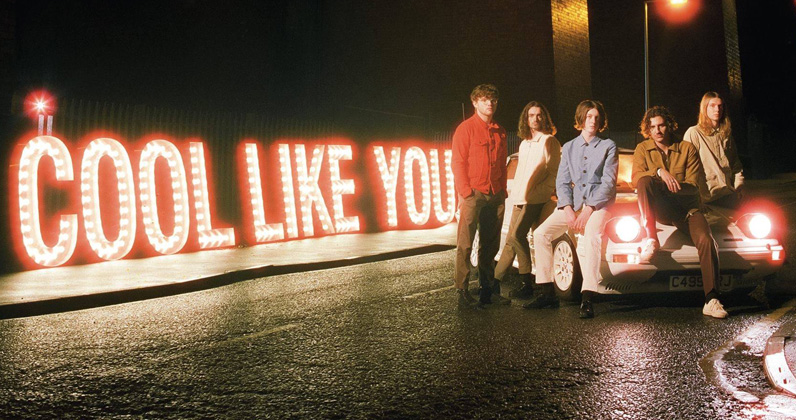 Blossoms have announced details of their new album, called Cool Like You.

The collection is released in April 27 via Virgin EMI ahead of their UK tour in May. It follows the band's self-titled, Mercury Prize nominated debut, which debuted at Number 1 on the Official Albums Chart.

The Stockport five-piece have also unveiled the lead single from the collection, the synth led I Can't Stand It, which features in this week's New Music Friday releases.

The track, frontman Tom Ogden explains, is inspired in part by Michel Gondry's Eternal Sunshine of the Spotless Mind: "It's a song about desperately wanting to forget about someone, but you can't because they're a part of you - and how that can be unbearable.

"Spotless Mind is about wanting to erase someone from your thoughts - to forget they even existed - and that feeds into the lyrics. It's a very literal song in many ways."

Fans who pre-order the album from the band’s store before Tuesday, March 6 at 6pm will get first access to tickets for the tour pre–sale on March 7. General sale of tickets the tour, which starts on May 4, go on sale on March 9.