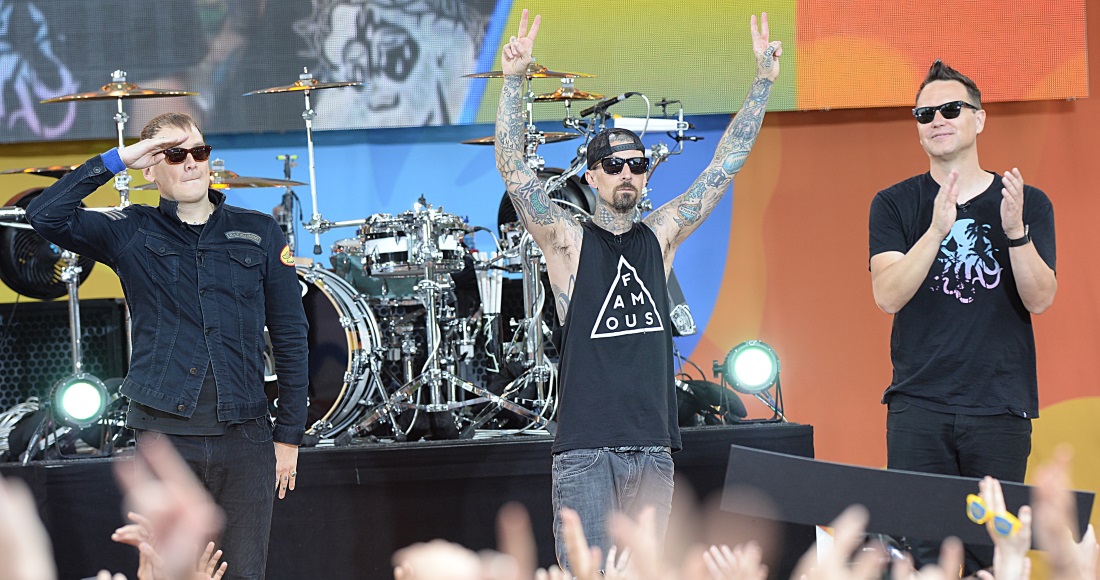 Congratulations to Blink-182, who land their first Number 1 on this week’s Official Albums Chart with California.

The punk-rock trio's seventh studio album - the first to feature vocalist Matt Skiba replacing Tom Delonge - has amassed amassed 24,000 chart sales to top this week’s tally. Their previous peak on the chart was at Number 4, with 2001’s Take Off Your Pants And Jacket. Click here to see the band’s full Official Chart history.

Watch the band celebrate with Official Charts below:

The band told OfficialCharts.com: “We’re so excited and thankful to be Number 1 in the UK. This is the first time we have ever got a Number 1, and we are super thankful to all of you for supporting us.”

MORE: These are officially Blink-182's biggest selling singles in the UK

Meanwhile, last week’s Number 1, Adele’s 25, slips to 2, pushing Coldplay’s A Head Full Of Dreams down a spot to 3. Beyonce’s Lemonade lifts from five to four as the UK leg of her Formation tour continues, and ELO’s million-selling album All Over The World completes the Top 5.

Bat For Lashes notches up a third Top 10 album this week with The Bride, new at Number 9, and Metronomy’s Summer 08 debuts at 20, giving them a third Top 40 set.

Further down, Billy Ocean’s best of Here You Are rebounds 23 places to re-enter the Top 40 at 24, rock band Area 11 land at 27 with Modern Synthesis, and Carole King’s Tapestry is back in the Top 40 at 32 following her massive show at London’s Hyde Park last week.

Remind yourself of every Official Number 1 album of 2016 so far below: