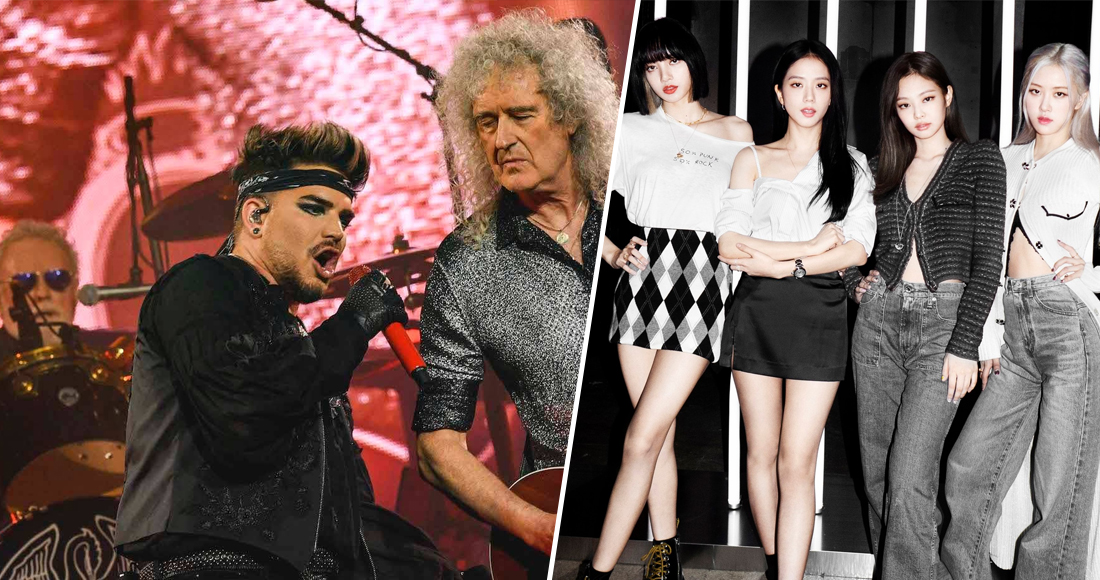 It’s set to be a photo finish in this week’s Official Albums Chart race as Blackpink have surged overnight, significantly closing the gap on midweek race leaders Queen + Adam Lambert.

With their current momentum, the South Korean girl group are likely to be in for a Top 2 finish with The Album when the Official Albums Chart is published tomorrow afternoon, up from Number 6 on Monday's Official Chart Update. Could they make it all the way at the final hour and become the first K-pop girl group to score a UK Number 1 album?

Yesterday’s Official Chart sales flash saw the group trailing Queen + Adam Lambert’s Live Around The World by 8,000 chart sales, the gap has since narrowed overnight to 5,300. With more sales and streaming data expected to arrive in tonight and the K-pop quartet advancing strongly on both fronts, the late challenge means this week’s Official Albums Chart race will go down to the wire.

However, if current leaders Queen manage to hold off the competition, they will be in line for their first chart topper in over 25 years tomorrow. The legendary British rockers were last at Number 1 on the Official Albums Chart in November 1995 with Made in Heaven, the band’s final studio album which featured Freddie Mercury’s last recorded vocals before his death.

Live Around The World - which still leads on physical and download sales at this point - would also be a first Number 1 outing for Adam Lambert in the UK following three previous Top 40 albums.

The cut-off for sales and streams to count toward this week’s Official Chart is 11.59pm tonight - whoever you’re backing make sure to get behind your favourite before then. The Official Albums Chart will be announced tomorrow from 4pm on BBC Radio 1’s Official Chart with Scott Mills, and the full Top 100 will be published here on OfficialCharts.com from 5:45pm.