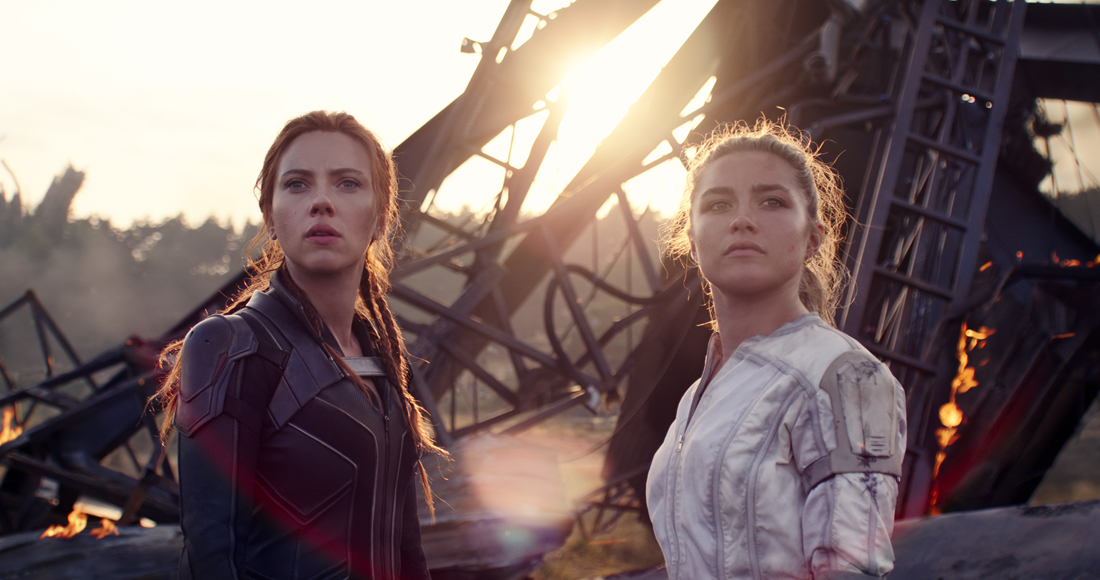 The first film in ‘Phase Four’ of the Marvel Cinematic Universe, Black Widow stars Scarlet Johannson as Natasha Romanoff/Black Widow, plus Florence Pugh, David Harbour, O-T Fagbenle, and Ray Winstone also feature in the main cast list. The film lands at Number 1 this week thanks to its release on DVD, Blu-ray and 4K UHD.

Bob Odenkirk’s Nobody climbs three to a new peak of Number 2, pushing last week’s chart-topper The Hitman’s Wife’s Bodyguard to Number 3. Monster Hunter, which lands at Number 4, is the biggest digital download of the week.

Further down, Dream Horse, starring Toni Collette and Owen Teale, canters up 19 places to Number 7, crossing the finish line in the Top 10 for the first time.

Finally, debuting at Number 14 thanks to strong physical sales, cartoon pooches Scooby Doo & Courage The Cowardly Dog find themselves in a terrifying crossover film, as Scooby and the rest of Mystery Inc. end up in Courage’s home of Nowhere, Kansas, facing off with an army of giant cicadas.

This week’s Official Film Chart online show features a sneak peek at the Oscar winning comedy-drama Another Round, starring Mads Mikkelsen, which is available on digital download, DVD and Blu-ray from September 27.