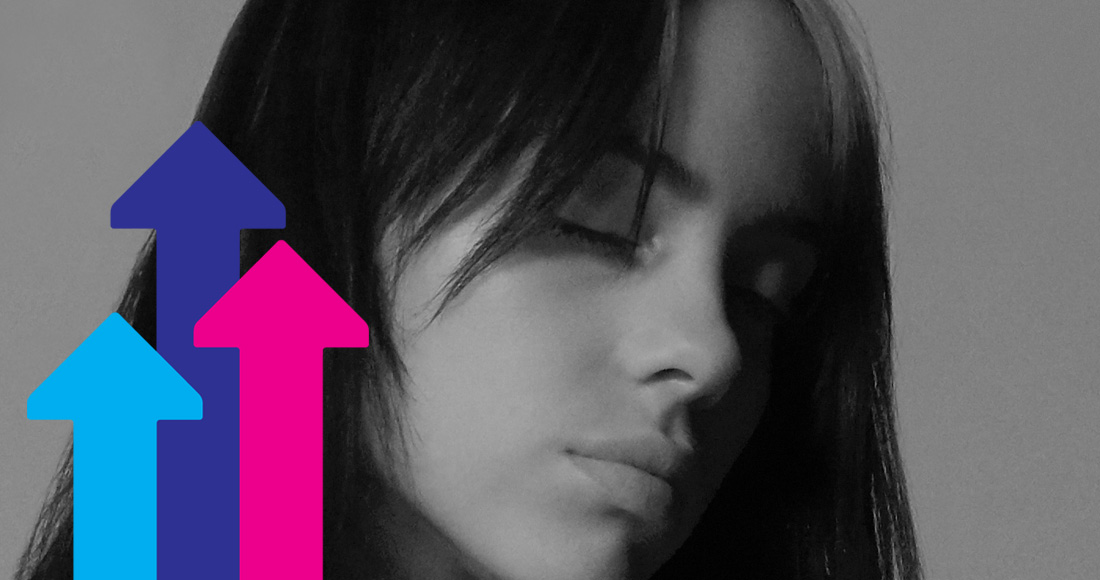 Billie's brooding, moody Bond ballad has been well received from fans and critics since its release last week, and is set to debut at Number 1 on the Official UK Singles Chart this Friday (Feb. 21). Four days after its release, No Time To Die has been streamed 5.6 million times in the UK.

If it does, it'll be Billie's first chart-topper in the UK, following a string of hits last year, including the Number 2-peaking Bad Guy. View Billie Eilish's Official UK Chart history in full. It will be only the second Bond theme to reach Number 1 in the UK, following Sam Smith's Writing's On The Wall in 2015. See where every Bond song has charted here.

Justin Bieber is also making a big impression this week following the release of his new album Changes. As well as its lead single Yummy, the two most popular songs on the collection so far are Intentions ft. Quavo and Forever, a collaboration with Post Malone and Alabama rapper Clever.

Changes is currently battling it out for Number 1 on this week's Official UK Albums Chart with Tame Impala, who also makes two appearances in the trending Top 20 with songs from his new album The Slow Rush: Breathe Deeper and One More Year.

Elsewhere, Sam Smith is making waves this week with new song To Die For, the emotional title track from his newly announced album out on May 1, as is London rapper B Young with his laid-back new single Wine, and Coventry rapper Jay1 with brand-new track Flex ft. JB Scofield.