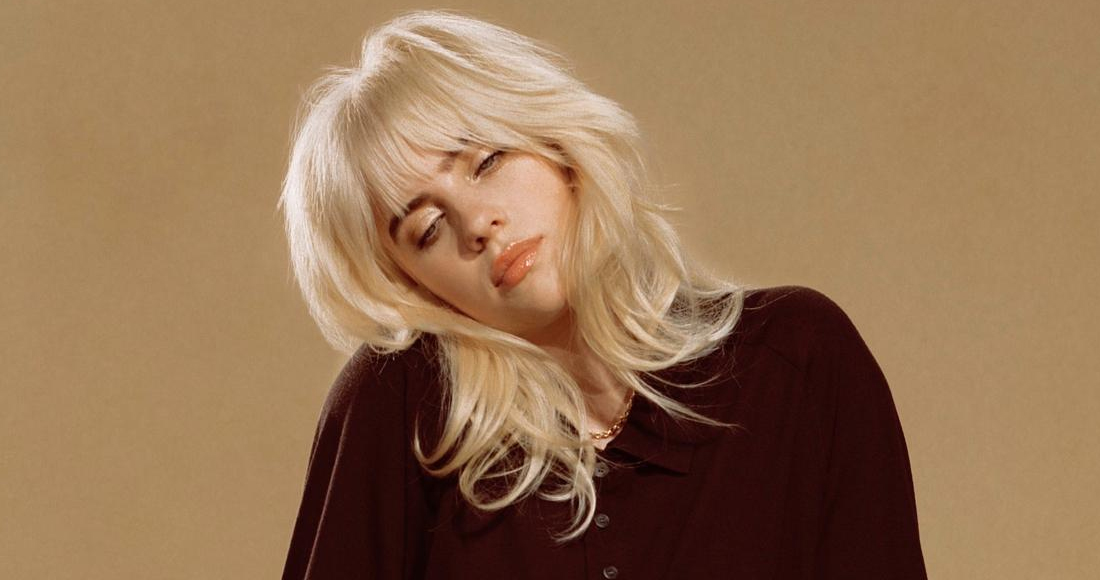 Billie Eilish is heading for Number 1 on the UK’s Official Albums Chart with her second studio album Happier Than Ever.

Happier Than Ever - which is also the most downloaded album of the week so far – will become Billie’s second UK chart topper should it hold onto its lead, following 2019’s When We All Fall Asleep, Where Do We Go?, which put her in the history books as the youngest female artist to ever claim a UK Number 1 album.

Three songs from the album including the title track, Getting Older and Oxytocin are on course for Top 40 debuts on this week’s Official Singles Chart, as first reported on the Official Chart: First Look.

The most streamed album across this past weekend was Dave’s We’re All Alone In This Together, last week’s Number 1 which is set to drop one place to Number 2.

The first posthumous studio album of unreleased material from Prince since his death in 2016 Welcome 2 America is at Number 3 midweek, which could mark his 22nd UK Top 10 album and first studio album to reach the top flight since Art Official Age in 2014.

Southampton rock band Creeper currently place at 5 with their new EP American Noir, synth-pop legends Erasure dances their way to 7 with remix album The Neon Remixed, progressive rock group Big Big Train are on the cusp of their first Top 10 album with Common Ground at 9, and vocal harmony four-piece The Overtones are at 10 with anniversary album 10.

The View’s lead vocalist Kyle Falconer is on course for a Top 20 debut with his second studio album No Love Songs For Laura (12), while Unknown T’s new mixtape Adolescence could become the Homerton rapper’s second Top 20 album (14).

Laura Marling and Mike Lindsay’s collaborative project Lump is in pursuit of a second Top 40 placing with Animal at 23, acclaimed Americana artist Yola could score her first Top 40 album with Stand For Myself at 27, and Indiana soul group Durand Jones & The Indications are heading for their first charting album in the UK with third record Private Space at 35.