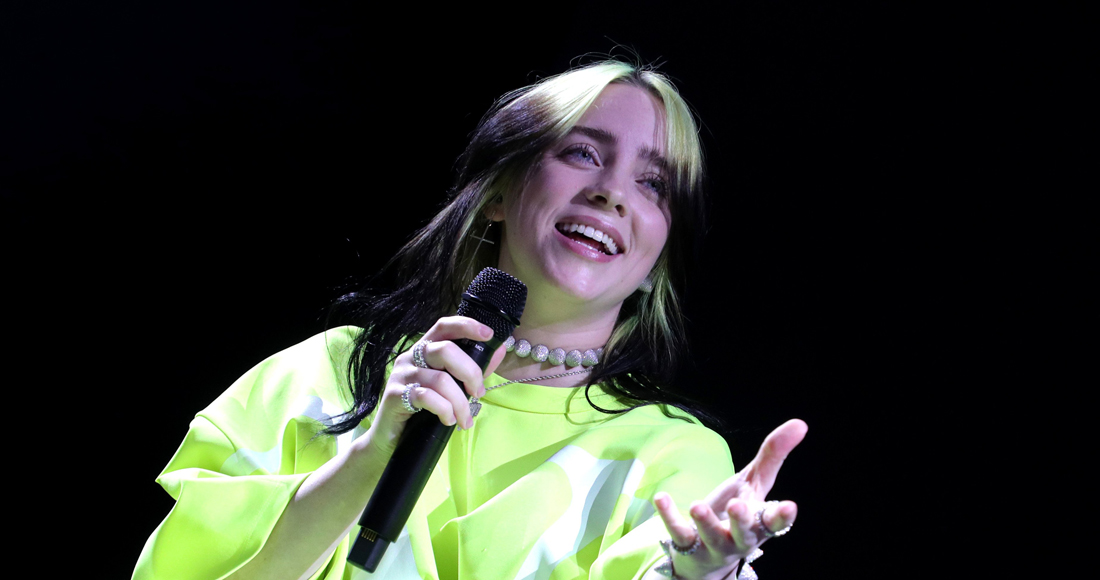 The biggest global singles of 2019 have been revealed, with Billie Eilish topping the list with Bad Guy.

Bad Guy debuted at Number 2 on the Official UK Singles Chart in 2019, held off the top spot that week by Lewis Capaldi's Someone You Loved - the UK's biggest song of that year and the ninth biggest song globally (9.1m). Bad Guy topped the charts in more than 15 countries, including America, Australia and Canada, and won a Grammy for Song Of The Year.

Frances Moore, chief executive of IFPI, said: "Billie Eilish has taken the world by storm with her incredible voice and genre-defying sound. She is also an artist who addresses important issues like mental health in her lyrics that clearly resonate with her fans all over the world. We wish her success for what will no doubt be another standout year."

Australian artist and former busker Tones and I scored the world's sixth biggest song of 2019 (11.4m), and US singer-songwriter Halsey rounds out the Top 10 with Without Me (9.1m).