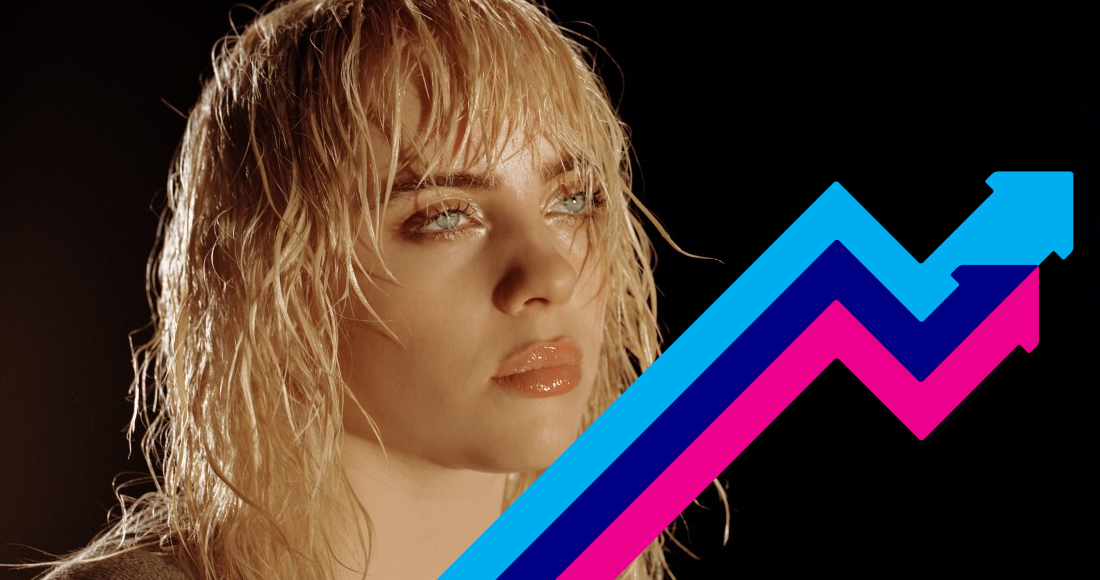 Happier Than Ever, the title track from Billie Eilish’s second album, lands at Number 1 on this week's Official Trending Chart.

Dropped alongside a theatrical music video last Friday – the same day as the album's release – Happier Than Ever picked up 1.1 million streams over the weekend to claim the UK's top trending song.

The single, which begins as a laid-back acoustic ballad before growing into a triumphant rock anthem, is expected to reach the Top 20 on this Friday’s Official Singles Chart, landing at Number 12 on the midweek chart update.

Billie lands a second song on this week’s Official Trending Chart with Getting Older, also from her newly-released album and on track make a Top 40 debut this Friday. See how Happier Than Ever (the album) is getting on in the Official Albums Chart Update here.

Other acts enjoying a place as one of the UK’s Top 20 trending songs include Skepta with Nirvana ft. J. Balvin from his new EP All In, D-Block Europe’s new track Lake 29, and Bruno Mark & Anderson .Paak offer up Skate, the second catchy single from their joint project Silk Sonic.

Dermot Kennedy is also back with Better Days, while rappers Potter Payper and M Huncho round off this week’s Trending Chart with Catch Up.