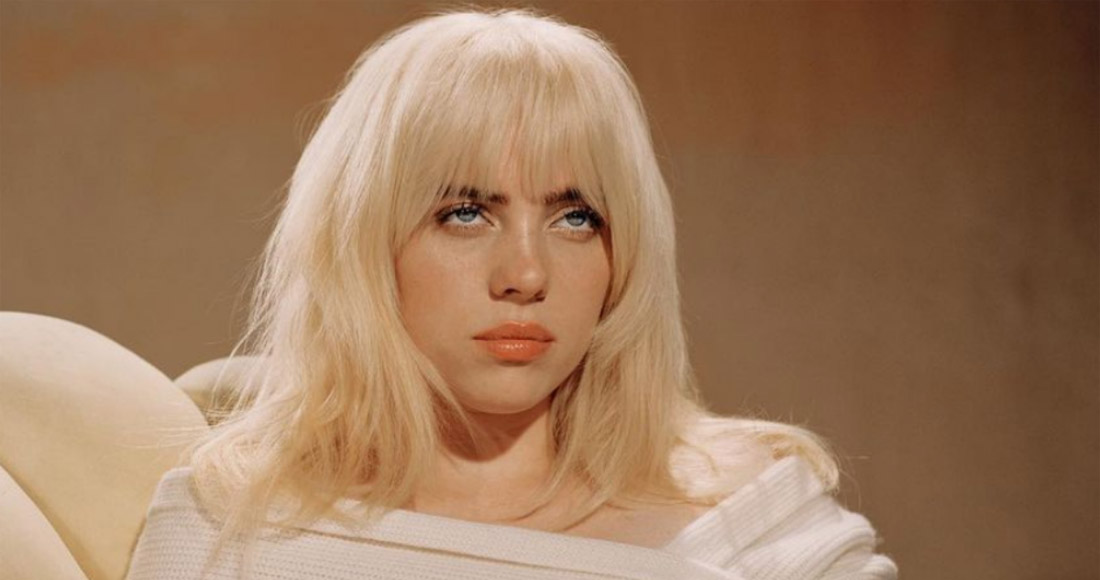 Billie Eilish earns her second UK Number 1 as Happier Than Ever enters straight in at the top of the Official Albums Chart.

The US artist’s second studio album scores 39,000 chart sales to claim this week’s top spot. 61% of its Week 1 total comes from physical sales (vinyl, CD, cassette), while 33% is from streams.

Billie becomes the first international female artist to reach Number 1 with her first two albums in seven years, since Lana Del Rey with Born To Die and Ultraviolence (June 2014).

Celebrating the news, Billie told OfficialCharts.com: “thank you so so much to my fans in the uk. it means so much to me that you guys love this album like i do. i miss you guys so much and can’t wait to come back to the UK soon!!”

With a healthy 9,500 sales on vinyl, Happier Than Ever is the third-fastest selling vinyl album of the millennium by a female artist, behind Lana Del Rey’s Chemtrails Over The Country Club (16,700) and Kylie Minogue’s Disco (13,500).

Boosted by her new music, Billie’s chart-topping debut album, 2019’s When We All Fall Asleep, Where Do We Go?, makes a return to the Top 40 this week, up 11 places to Number 36. View Billie Eilish’s UK chart history in full here.

Last week’s Number 1 album, Dave’s We’re All Alone In This Together, drops to 2 but remains the most-streamed album of the week, and Olivia Rodrigo’s Sour continues to hold strong in the Top 3 at 3.

Further down, The View’s lead vocalist Kyle Falconer opens at Number 26 with his second solo album No Love Songs For Laura, followed by vocal harmony group The Overtones, who bow at 27 with anniversary album 10.