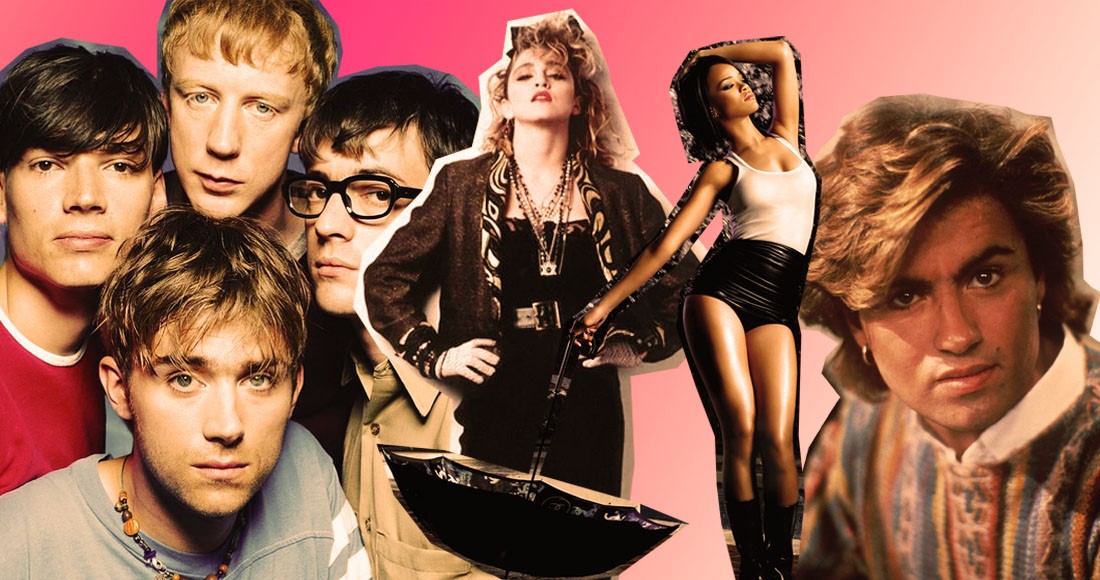 What is it about summer that makes us all nostalgic? The happy memories of a blissful six weeks off, maybe, or the lack of responsibility to do anything but sunbathe.

While we all love a Christmas Number 1, a summery chart-topper can stay with us even longer. They're the songs that were never off the radio or jukebox, that soundtracked long trips in the car, days by the pool, or one Aperol Spritz too many as the sun came up.

We looked back into the archives at some of the hugest summer songs of years gone by. Do they bring back any meomories?

The fab foursome's triumphant return to ballsy pop was assured with this dance floor essential in 2015. It was the summer that saw the announcement of the Official Chart change for the first time in decades, from Sunday to Fridays. And few summer songs were better at kicking off your weekend than Little Mix's spellbinding incantation. See all Little Mix's UK chart hit singles and albums 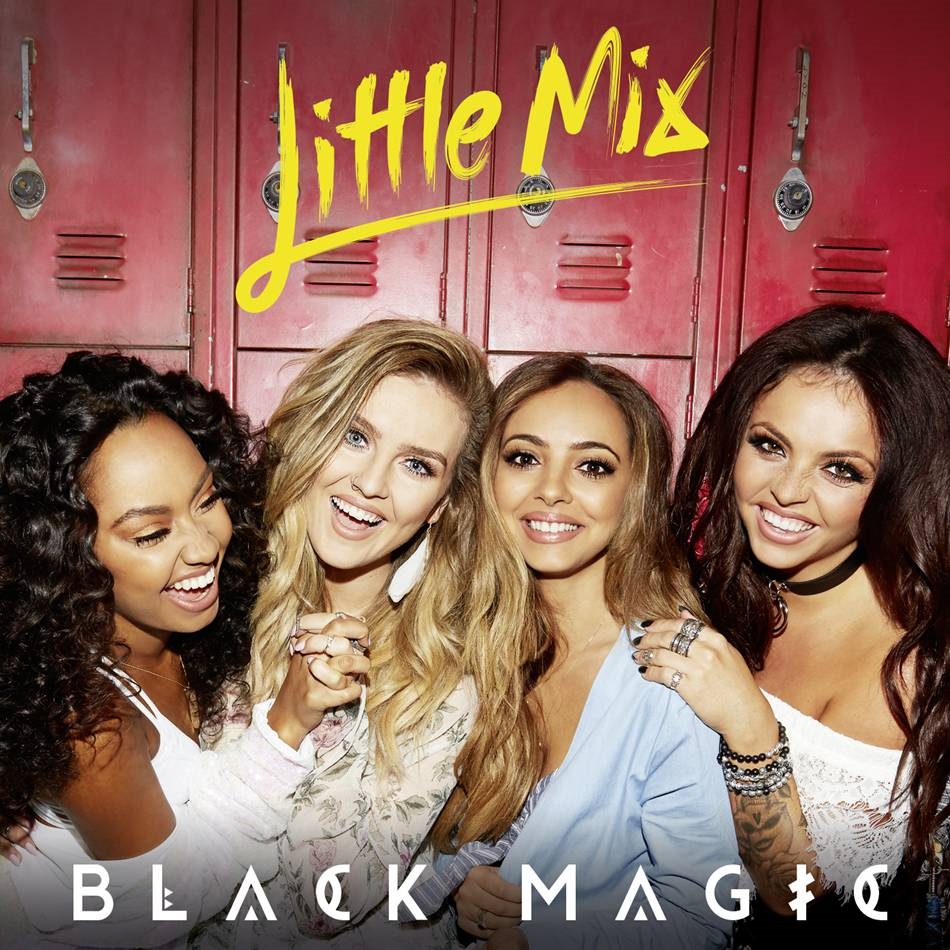 Avicii – Wake Me Up

2013 was a big one for pop. As summer kicked in, controversial Blurred Lines from Robin Thicke, T.I. and Pharrell was completing its hit run at the top, and Ellie Goulding's Burn (fittingly) would accompany the season out the door, but bang in the middle was Swedish DJ Avicii's vibrant, folky house banger, which became the fastest selling single of the year, selling 267,000 copies in its first week, staying at the top for three weeks, and quickly landing million-seller status.

Yolanda Be Cool – We No Speak Americano

2010 was a World Cup year, which gave a more international flavour to the charts. Heading up the global representation was this super-catchy, danceable hit – actually sung in Neopolitan, spoken in southern Italy – by Australian group Yolanda Be Cool.

The BEP massive was on a roll, scoring three chart-toppers in 2009, but the most inescapable of them all was this dedication to the ultimate summer activity – getting wrecked – which hit the Number 1 spot twice. "DRAAAANK." See all Black Eyed Peas' hits in their Official Chart archive

Arguably the song which jump-started the careers of both Dizzee and Calvin, this song was summer 2008 in a box. From the first "What's up darlin'", Dance Wiv me epitomised getting flirty in a club, as did another huge chart-topper that year: Katy Perry's I Kissed A Girl, which spent five weeks at Number 1 toward the end of the summer. See the Official Singles Chart Top 100 the week Dance Wiv Me went to Number 1

It is no exaggeration to say 2007 was a washout. Rooftop bars and terraces were left empty as the British summer did its very worst. This may explain why Rihanna's rainy tribute was such a huge hit – it spoke to a nation. Kanye West's Stronger was a also a big Number 1 as the season faded, as the population tried to regroup after such a dreadful summer. 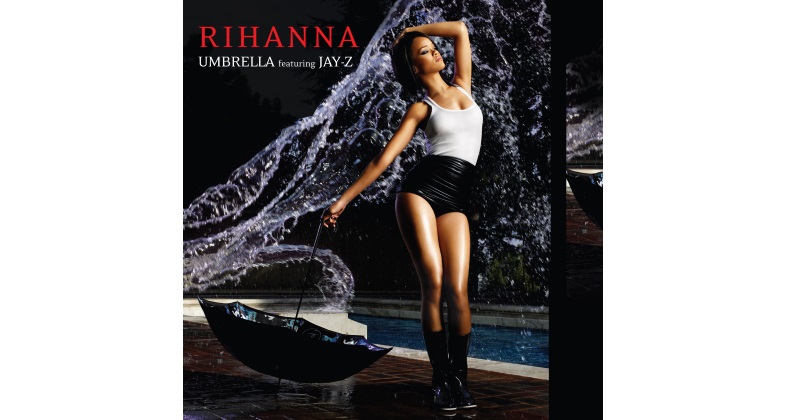 "Shakira, Shakira." The best thing about summer is the potential for a very unexpected seasonal smash, and 2006 delivered in the shape of Hips Don't Lie, which hit Number 1 twice. See the Top 100 the week Hips Don't Lie topped the charts again

In 2005, Blunty managed a rare feat – a big summer ballad. Despite its video, in which James looked absolutely freezing, You're Beautiful warmed our hearts as the temperatures rose; it was Number 1 for five weeks.

There's very little debating summer 2003's theme tune. Bey was everywhere with the lead single from her debut album, taking over radios, turntables and sound systems as the country sweltered in record-breaking temperatures. The searing heat gave rise to another attitude-packed Number 1 toward the end of the summer, as Blu Cantrell and Sean Paul teamed up for massive hit Breathe. See Beyoncé's entire run of hits in the UK in her Official Chart archive 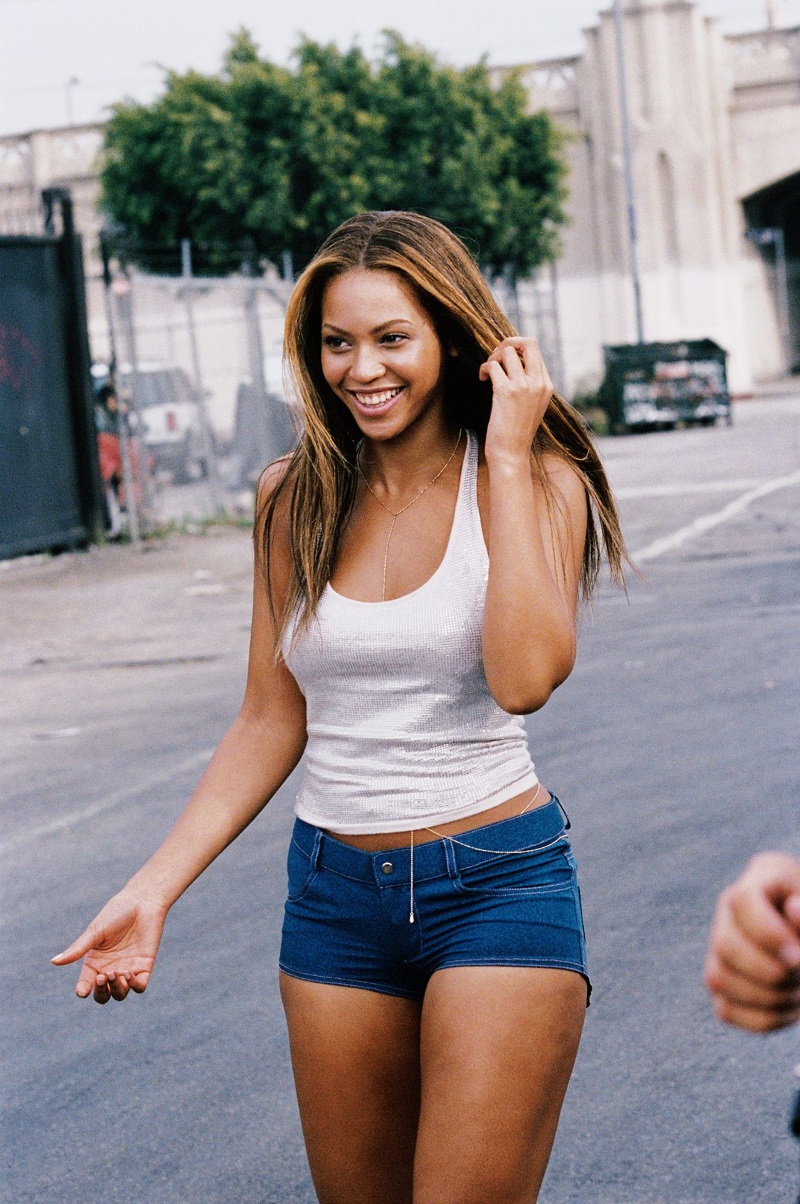 You were spoilt for choice with ubiquitous pop tunes in 2000, with Eminem's The Real Slim Shady, Robbie's Rock DJ and Kylie's Spinning Around packing out dance floors across the summer. But surely the biggest song of them all was a souped-up version of Spiller's disco revival Groovejet, featuring suitably crisp – and at this point, uncredited – vocals from Sophie Ellis-Bextor, launching a marvellous pop career in the process.

Latin flavours were the main ingredient of summer 1999, with J-Lo, Enrique and, of course, Geri's first solo Number 1 Mi Chico Latino. But the king of them all, thanks in part to the most swivelling of hips since Elvis, was Ricky Martin's summer smash – we have never wanted to wake up in a "funky cheap hotel" more.

Summer 1997 was taken over by three bright, blond bros still not old enough to celebrate their success with a glass of fizz, who went by the surname of Hanson. Also looming large was Puff Daddy and Faith Evans' tribute to the late, great Notorious BIG. I'll Be Missing You. The track sampled The Police's Every Breath You Take which was, coincidentally, a huge summer Number 1 in 1983. 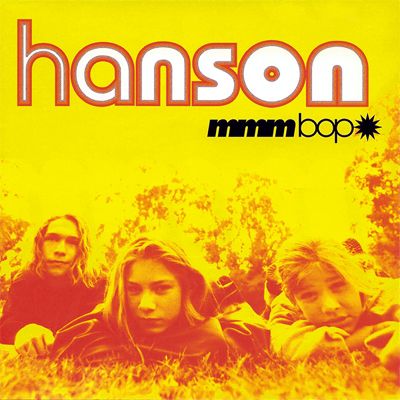 1996. Need we say more? Look back at Spice Girls' run of hits to see what Wannabe started

It wasn't Number 1 all summer, but this track, along with one another by a certain Mancunian band, were all anyone could talk about in 1995. The big battle of Britpop, which pitted arty Essex boys Blur against the ciggies and lager brandishing Gallaghers of Oasis, saw Country House get the better of Roll With It. Both their places in history were assured, however – although we'd argue Roll With It is heard more regularly now.

Wet Wet Wet – Love is all Around

1994. Four Weddings and a Funeral. Sixteen weeks at the top. It was a long summer, wasn't it?

Gary and the lads saw their chance at seasonal domination and took it: a slick video with sandy-white beaches, exotic locales and shirt buttons popping off all over the place. Giving them their first Number 1, summer 1993 was all about Pray. Look at Take That's back catalogue of UK hits 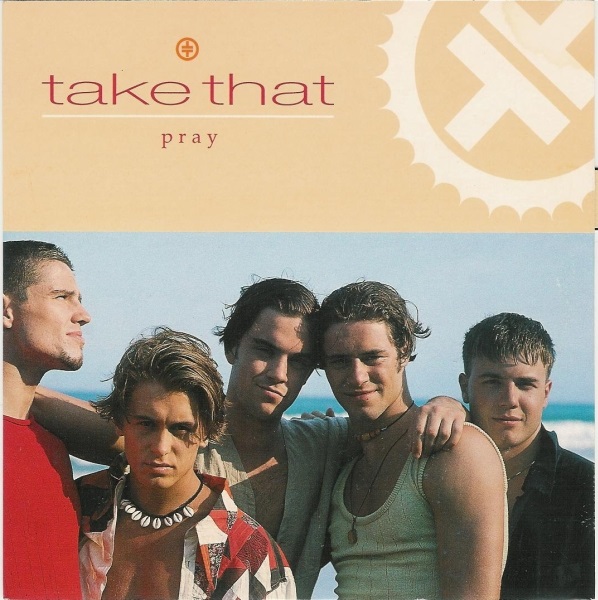 Snap – Rhythm is a Dancer

The last summer of the 1980s was dominated by Jazzie B's euphoric, singalong classic Back to Life, giving rightful prominence at last to British R&B. Coming up in the background was the Italo-house craze, and although it wouldn't hit the top until the very last week of August, Black Box's Ride on Time was another summer highlight.

Yazz – The Only Way is Up

Blocking Kylie from a record-breaking Number 1, the surprise hit of the summer in 1988 was this poppy, acid-house motivational tune from relatively unknown Yazz and her Plastic Population. The song is better known now, of course, as the theme song to hard-hitting social drama The Only Way is Essex. Also worth a mention is another relative unknown you may have forgotten: a big early summer chart-topper was furry-chested Hawaiian Glenn Medeiros, whose syrupy ballad Nothing's Gonna Change My Love For You soundtracked many a sweaty slow dance.

Whitney Houston – I Wanna Dance With Somebody

In 1987, Whitney's happy-sad floorfiller jostled for position as song of the summer with another huge Number 1 from Pet Shop Boys, the dramatic It's a Sin. Whitney just edges it, we reckon, as her tune arguably gets more plays at barbecues thirty years later.

Madonna – Into The Groove

Taking over the entire month of August in 1985, Madonna's quest for chart domination moved up a gear with her first ever Number 1. It remains her biggest selling single in the UK. See all Madonna's hits, including 13 Number 1s

The Wham star scored his first solo Number 1 after knocking another summer banger, Two Tribes from Frankie Goes To Hollywood, off the top after a nine-week residency. George Michael's guilty feet may have had no rhythm, but they sure knew how to shimmy to the top of the charts.

1982. Spandex! Leg-warmers! Big hair! Inspiring almost every '80s cosplay for the next three decades, Fame was a movie and TV phenomenon. Irene Cara's post-disco theme song, which she memorably performed in the middle of a baking hot NYC street for Top of the Pops, was the anthem for anyone desperate for stardom.

John Travolta & Olivia Newton-John – You're The One That I Want

Summer 1978 belonged to one film and one film only. Grease really was the word on everyone's lips and the movie's chart domination was assured with a nine-week run at the top for the climactic duet from the show's leading stars, up until mid-August. Weirdly, Summer Nights wouldn't be a Number 1 until late September, racking up seven weeks at Number 1 as Brits spent the autumn harking back to sunnier times.

To find the chart-toppers that soundtracked your favourite summer, look back at every Official Singles Chart Number 1 EVER.